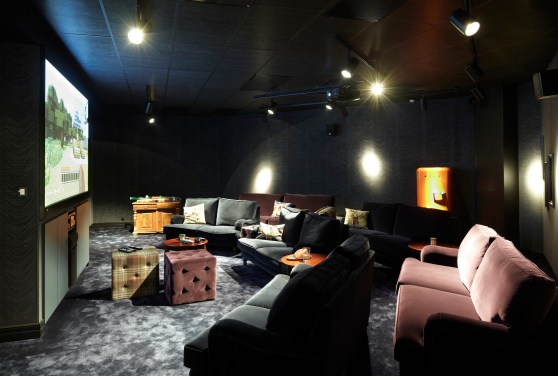 Above: The all-important games room.

Mojang and the money

The company has been generous with its success. “The first year, Markus gave away his entire dividend to the employees, about 25 million kroner [$3.84 million]. At the time I think we were 10 or 15 people,” says Manneh. When Minecraft sold 10 million copies, the founders flew the growing team and their families to Monaco on private jets and hired the biggest yacht in the Riviera to celebrate. “If we were on the stock market or owned by someone else, we wouldn’t be able to do things like that because they would see it as wasting money,” says Manneh. “We see it as investing in our culture and our team.”

But for a CEO, Manneh seems reluctant to talk about the money. “For the outside world, that’s a stamp of success. But for us I think it’s most important to grow the community and have as many players as possible,” he says. “Most of the people at Mojang are not very interested in the money aspect. Game developers, like any artist, they want to show off their creative work. When you work at Mojang, and you make something and put it out, millions of people are going to use it. That’s what people are excited about. The money is just something that follows.”

At Mojang, the games always come first. “What we try to do is have the games drive the company and not the other way around,” says Manneh. “Whatever makes sense for the players, for the community, for the games, takes the lead over business decisions. We try to make the environment for the developers as creative and free as possible. The business team needs to think about that in everything we do. All the deals that we make, we have to make sure that the business relationships don’t affect how the games are developed.” 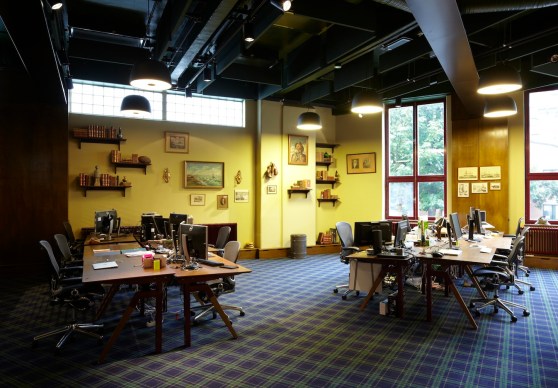 Above: Where the work gets done at Mojang.

Having conquered the online world, Minecraft is now helping to rebuild the real one in the form of some of Sweden’s most troubled neighborhoods. “The million programs are sort of Swedish ghettos, “ says Manneh. “These are today our most troublesome areas in terms of crime and stuff like that.” The million programs were a million apartments built in the 1960s and 1970s in Sweden’s largest cities — Stockholm, Malmö, and Gothenburg —  to counteract an acute lack of housing. Svensk Byggtjänst (Swedish Building Services) is now renewing these programs. “The project manager for this whole thing — he was at home and discussing this over the kitchen table with his wife, and his two children were listening in and said, ‘You should use Minecraft for this’ “ The following day, he called Manneh.

Now Minecraft helps to bridge the gap between residents of the million programs and Swedish politicians. The Minecraft community builds a precise model of each area using city plans, Google maps, and photographs. Residents are then invited to edit their own neighborhood. “Maybe rearrange the park to make it more light and safe at night or add a shopping center to make the neighborhood more lively,” Manneh explains. These ideas are then brought to the politicians. “It’s the base for what is actually being built in these areas for real.” Impressed by Mojang’s work on the million programs, the U.N. formed a partnership with the company called Block by Block, which involves young people in the planning of urban public spaces worldwide. The first pilot project is in Kibera, one of Nairobi, Kenya’s informal settlements. Mojang is the main sponsor. 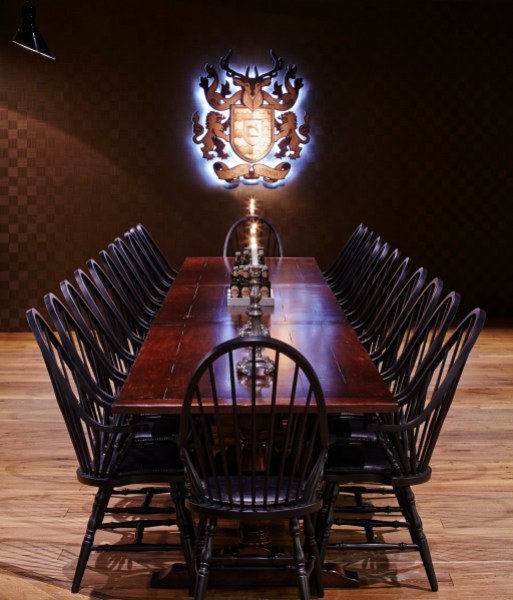 Above: The motto on Mojang’s crest means “Many Games.”

If there’s one dominant theme in the story of Mojang, it’s independence and the freedom that independence gives the team. Mojang’s founders have received multiple offers to buy or invest in the company. “We haven’t been close to even wanting to sell,” says Manneh. It’s the kind of independence which may be easier to preserve in Stockholm than in Silicon Valley. “We are sort of in a remote corner of the world,” says Manneh. “I think it probably helps in keeping focus. There’s still a lot of people running through our office, but I would imagine that it would be even more hysterical in the U.S.”

Photo Credit: Photographs by Per Kristiansen