It’s looking more and more likely that Apple’s coming iPad 5 will will indeed have a Touch ID fingerprint sensor, just like the iPhone 5S.

Looking at all the unreleased iPad components he’s been able to amass, Unbox Therapy‘s Lewis Hilsenteger had an idea. And while it involved performing radical gadget surgery on his own iPhone 5S, it just may have been worth it.

Because, as you can see, the iPhone 5S’ fingerprint sensor fits the home button opening on the iPad 5’s front panel perfectly:

As Hilsenteger himself says, of course, nothing is confirmed until Apple actually ships hardware. But this seems too perfect to be accidental. The old iPhone 5 home button doesn’t fit the new iPad front panel, and the newest home button from the iPhone 5S fits exactly. 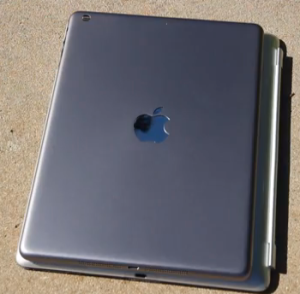 Above: Just a bit smaller than an iPad 4

“It almost looks like it was designed to go in there,” Hilsenteger says.

Adding Touch ID to a tablet will be something that business users will greatly appreciate. Apple has a new focus on enterprise this year, and the iPad is leading the charge there. Touch ID will be extremely helpful to businesses that want to keep corporate secrets secret, without forcing users to change their passcodes every couple of week.

Apple’s iPad 5S will likely be launched this month in preparation for the Christmas shopping season. The device looks to be lighter and smaller than the existing iPad 4 while retaining the same large screen size. In addition, it will almost certainly have the iPhone 5S’s outstanding new 64-bit A7 chip, with the new M7 graphics processor.