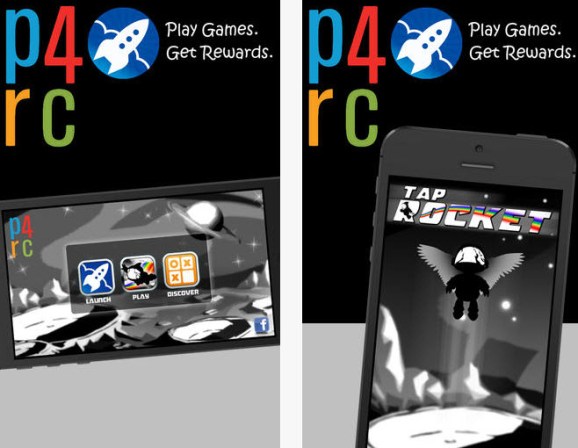 P4RC says it is gaining momentum with its platform that allows players to earn real prizes in mobile games.

The Culver City, Calif.-based company — it bills itself as a “game achievement network” — is one of many that are starting to think seriously about prizes, or basically paying a gamer to play games.

P4RC says that it increases the frequency and duration of mobile game sessions, with gains as high as 600 percent, by giving players incentives to play games longer and to play them with their friends. So far, the software development kit for P4RC has is in almost 200 mobile games, with more than 100 million downloads to date. About 25 game developers use the SDK.

Today, P4RC supports iOS devices, and in October, it will launch an Android version. The company says its service is important because in free-to-play games, developers make money by acquiring engaged players who can be monetized via ads and in-app purchases. But the costs of acquiring these players is rising. P4RC says it drives more installs of players who really want to engage with the games.

But the competition is tough, with rivals such as Kiip, Tapjoy, and Session M. P4RC is a relatively recent entrant into rewards for games. P4RC has an official app that drives traffic to the app store for players to download games on the P4RC network. About 2 million people earn P4RC points each month, with thousands of new users added each day. P4RC has given away about $100,000 in rewards, mainly through gift cards ranging up to $10.

“The main way we differ from the other companies is they reward marketing action, whereas we reward gaming action,” said Jason Seldon, the chief executive of P4RC, in an interview with GamesBeat. “They are ad platforms. They drive engagement with advertising. We approach it in a very different way.”

P4RC refers to its service as a “player engagement platform for mobile games.” It allows players to earn real prizes just for playing. P4RC works just like real-world redemption games – like Skeeball – where players are awarded tickets that can be redeemed for prizes. Players can cash in their rewards for things like gift cards from Best Buy, Starbucks, and iTunes. It’s like a meta layer, or meta game, on top of a game.

“If you think back to the arcades, with the Skeeball prizes, that’s really the game mechanic that we have transported to mobile gaming,” Seldon said.

P4RC measures how often someone returns to a game within a given time frame. The results when P4RC is used show that gamers will return much more often, claims the company.

P4RC has a “bonus game of the day.” Those players can play that game and win extra points for earning a certain score. Players try that game out, and P4RC claims they often become loyal players. P4RC is “prerevenue,” and it’s launching monetization soon.

P4RC was founded in 2011. In the past quarter, the number of game developers and publishers using its product has grown. To date, the company has raised $1.4 million in seed funding, and they’re currently seeking $1 million in bridge funding from current investors. P4RC will seek a larger round of funding early in 2014.

The company is headed by Jason Seldon, chief executive. Its chief technology officer is Armando Pena, and directors include Yuri Pikover, Jeff Lapin, and David Helgason.