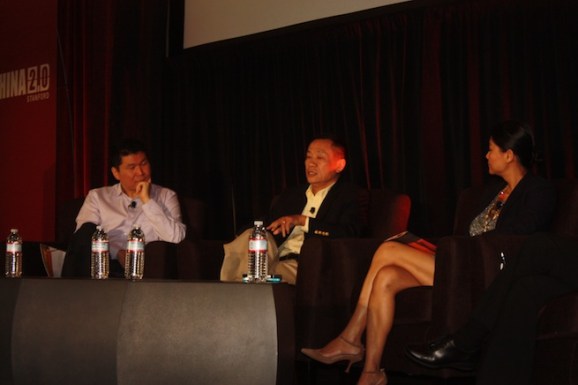 PALO ALTO, Calif. — Venture capitalists are confident that now is the time to invest in China, the world’s largest Internet market.

In the previous year, investors have witnessed signs of a buoyant and healthy technology ecosystem emerge in China. Overseas investment had hit the skids in 2012, but is starting to pick up. We’re even hearing a new buzz word bandied about: “Bayjing”

At the China 2.0 conference, held at Stanford’s Graduate School of Business today, investors from China-focused firms like GGV and DCM, made predictions on the next billion-dollar investment opportunities.

David Chao, cofounder and general partner at venture firm DCM, has seen the volume of exits in China swell in the past year, particularly mergers and acquisitions. He also spoke about the rise of angel investors; it’s no longer just “old guard” from Tencent and Baidu (the Chinese equivalent of the Paypal mafia) investing in tech startups.

Indeed, China’s startup scene has flourished since we spoke last in May 2012.

Where is the money going?

Partner Jenny Lee of GGV Capital, a firm that investors in the U.S. and China, said that e-commerce is a rapidly growing sector. Specifically, Lee is evaluating “fashion, travel, and home renovation.”

A recent report from consulting firm Bain Capital predicted that this year, China will surpass the U.S. as the world’s largest digital retail market, with its 564 million Internet users and 242 million e-shoppers. The market is currently dominated by a handful of players, including Taobao and JingDong. However, this has sparked a secondary market of medim-sized branded online stores.

The big data and analytics trend in Silicon Valley will migrate to China, investors say. Lee is looking at “data services around the individual,” which may include sensors, and wearable technology.

Raymond Yang from growth equity firm WestSummit Capital, is buzzing with excitement about opportunities in the gaming sector. He spoke to a “big booming trade” in games. Yang is betting that Twitch, a company that turns gaming into a spectator sport by letting you watch other people play in real time, will see skyrocketing adoption rates in China.

In 2011, investors began turning their backs on China, pointing to the lackluster exit market. Foreign venture capitalists were also dissuaded by a series of accounting scandals and some overly hyped companies performing poorly in the public markets.

However, Chao has seen an uptick in acquisitions in the previous year, mirroring the trend in Silicon Valley.

Another promising sign is the new club of angel investors in China. Chao and Lee have seen a frenzy of seed and early-stage investment activity and expect their deal flow to increase in the next few years.

Even a few years ago, the majority of angels were early employees at giants like Baidu, Tencent, and Alibaba. But angel investors now are drawn from a diverse range of sectors in China, including e-commerce and gaming. This “second layer of angels,” as Lee calls them, will invest in a broad range of startups — not just copycats of U.S. brands like Google and Amazon.

When the dotcom bubble was on the brink of bursting in China, investors pointed their finger at management teams, who didn’t set expectations well or prioritize investor relations.

Today, we’re seeing far more experienced entrepreneurs in China, who understand term sheets and are building stronger relationships with foreign investors. According to Lee, the firm used to require translators to help entrepreneurs understand every line on a term sheet. “We had to explain every clause,” she said.

Now, “five out of 10 [of the founders we meet] are serial entrepreneurs,” she said. “They are more educated; they are more networked, and the quality of the team that is put together is much higher as well.”