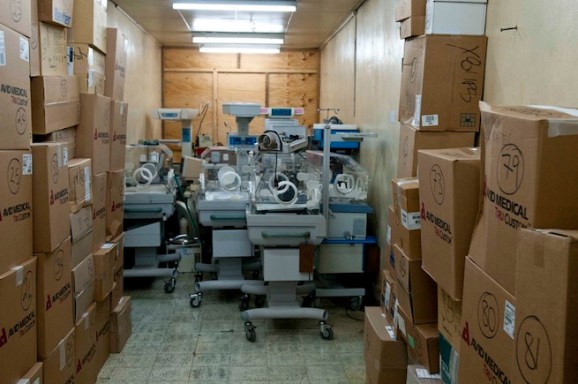 Equipment in a storage room at Hospital Escuela in Tegucigalpa, Honduras

A startup that bills itself as the “Uber for medical devices” just secured $750,000 in funding, bringing its total seed funding to $1.5 million.

The company was started by Mark Slaughter, who spent much of his career selling minimally invasive robotic and laparoscopic surgical equipment, and watching it gather dust in a storage closet. As an experiment, Slaughter tracked a single piece of equipment in a Florida hospital for six months, and found that 75 percent of the time, it wasn’t being used. That prompted him to start Cohealo in early 2012.

The company’s technology is currently being used in 40 hospitals across the country. The founders hope to triple that number in 2014, and plan to use the seed funding to invest in sales and marketing.

It’s good timing for a company that is helping hospitals cut cost, with key pieces of the the Affordable Care Act coming into effect this week. One of the goals of this ACA or Obamacare is to lower inflated health costs, and incentivize health providers to move from paper-based to digital systems.

The seed round was led by Romulus Capital in Boston, and also includes participation from several angel investors.