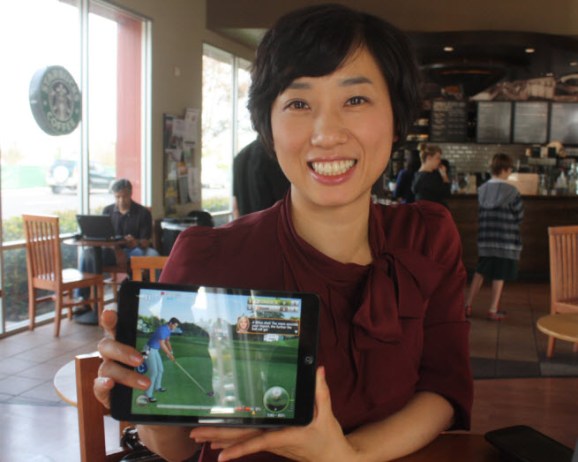 Mobile game publisher Gamevil has acquired its South Korean rival Com2us in a deal that signals a sizable consolidation in the fastest growing part of the game industry.

The combined companies will now be the largest mobile gaming company in Korea.

Seoul-based Gamevil has agree to purchase shares from Com2Us’s majority shareholders. Both companies are among the leaders in South Korea’s mobile game market, and both have expanded to the global stage. So this deal is not only about being more competitive in the lucrative South Korean mobile games market — it’s also about becoming a bigger global player.

The publicly traded Gamevil was founded in 2000 and has more than 300 million game downloads to date. It works with more than 70 game studios as a publisher of third-party titles, and it also makes a lot of games in house.

VB Transform 2020 Online - July 15-17. Join leading AI executives: Register for the free livestream.
Jiyoung Park [above], who cofounded the mobile game company while she was a student in college, is one of the best known female CEOs in South Korean history. And the company is starting to benefit from games that are available on fast-growing mobile messaging networks such as Kakao Talk in South Korea.