It’s dog-eat-dog out there. Everyone’s hustling for a quick buck and death comes easily. The crime-themed open world, which was more than five years in the making, sold more than $1 billion in its first three days, and analysts expect it to sell more than 30 million copies. That means you’re going to have a lot of competition online, and it pays to be prepared.

With that in mind, here are 26 tips and tricks that should make your Grand Theft Auto Online experience a little less hostile and a lot more fun. Heck, you might even save enough money to buy that fancy apartment by Vespucci Beach.

Why travel by road when you can go and grab a helicopter? While the airport is more secure than in the single player game, you can still get in if you go up the stairs to the Flight School and hop over the wall. Unlike in single player, airport security won’t jump on you, and you can take your time strolling to the helipad before heading over the Los Santos skyline.

Other reliable places to grab a chopper include the roof of the Central Los Santos Medical Centre, the helipad near the canals at Vespucci Beach, and Trevor’s airstrip in Grand Senora Desert. 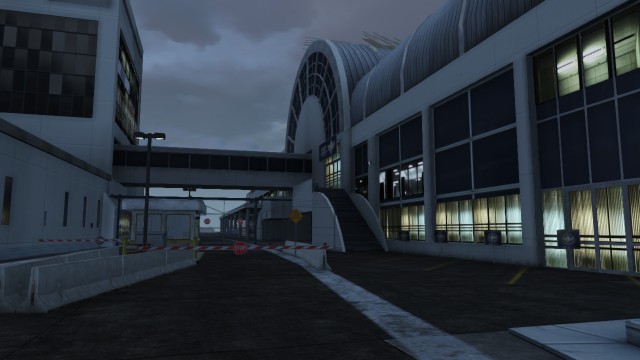 Above: Hop over the wall at the top of the stairs to reach the airport

When you’re in a helicopter, head straight for the tallest building downtown or the building under construction next to it. Both have a parachute sitting on top of them, just waiting for you to use. Why not drop in on the traffic below?

When you get to Level 10, you’ll also unlock the parachute missions, which offer a great opportunity to feel the wind in your hair and get away from the hustle of the streets.

If you’re finding the helicopters a bit slow, you can always trade up to a military jet.

Fly in to the military base, in the north-west section of the map, and jump into one of the fighter planes stored in the hangers. You have to enter by air, as ground access is closed off (unlike in single player). Be careful, though, as you’re going to get a fairly hostile reception from the forces stationed there.

You may also find a tank or two inside the compound, if that’s what takes your fancy.

Need to get across the map in a hurry? No problem.

Select a race on the main map that is near your destination, by hovering your cursor over it and choosing “Launch Job.” Click “Play” on the first menu to get into the lobby screen, then simply quit. You’ll find yourself hovering over the world for a few seconds, before being deposited at the race location, ready for action.

Tired of being shot in the back while you’re taking a selfie? You might want to try passive mode. It stops you getting shot while on foot, but you also can’t shoot other players. Going into passive mode will cost you $100 a time, but it may save you more than that in medical bills.

Your player icon on the radar will change when you enter passive mode, to let others know you can’t be shot. Activate it from the interaction menu (hold “Select” on PS3, or “Back” on Xbox 360).

Passive mode isn’t like taking an invincibility pill, however. You can still be run over, blown up, or shot while you’re in a car or on a bike. 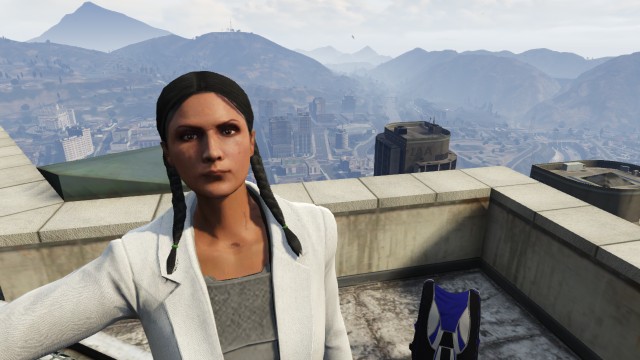 Above: Pick up a parachute from the top of Los Santos’ tallest buildings

If you need money quickly, you’re best off heading to the nearest Los Santos Customs and selling a stolen car. Grab a decent looking vehicle and set a course for the nearest mod shop (select it from GPS options on the interaction menu). Pull in to the garage and you’ll get the option to sell.

Only cars up to a certain value are saleable. The Lampadati Felon and Gallivanter Baller are two of the higher ticket items and each will net you $9,000. Pull up in anything too fancy, though, and you’ll be turned away.

You can sell one vehicle per in-game day, meaning a potential sale every 45 minutes. Easy money.

Once you get a decent car, you’ll want to insure it. If it gets lost, stolen, or destroyed you can phone the insurance company and request an immediate replacement. The replacement car gets delivered straight to you, and it will continue to have insurance protection. Unfortunately, you’ll need to pay a fee (which is 10 percent of the original insurance premium).

The car you take to LS Customs during the tutorial will get free insurance, so choose wisely.

Only cars fitted with a tracker are insurable. At first you’ll need to pay LS Customs for each tracker, but once you get your own property a tracker gets fitted automatically (at no cost) to any car you park there.

If you don’t want random strangers stealing your wheels, then you’d best set your options up properly. From the interaction menu, you can choose who can open the doors to your vehicles. I wouldn’t recommend selecting “Anyone,” but you’re safe with your friends and crew. Right?

If you’re carrying more than $5,000 in cash around Los Santos then you’re asking for trouble. Get mugged and killed carrying less than that and you’re only going to give up $100. More than $5,000 in your pocket and you’ll drop the $100 plus the excess.

Don’t bother with ATMs when depositing your cash; instead use your phone to deposit online via the “Money and Services” internet browser tab. Just be sure to stand somewhere quiet while you go online. 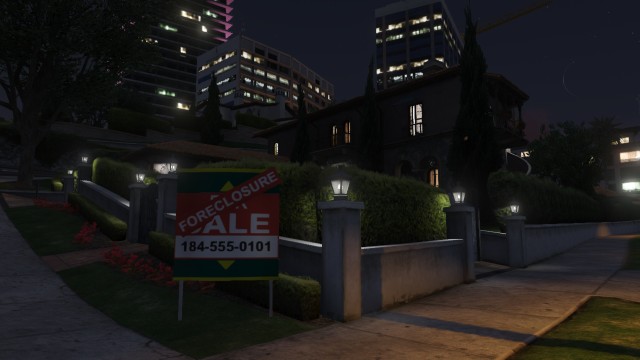 Above: I’m not sure this property is going to be on the market for long

Once you’ve saved enough money, you should invest in some property. I bought the cheapest garage I could find, in a really nasty part of town, but it was worth every cent.

Cars will get a free tracker fitted when you first pull in, making them your own. Add some insurance and they’re yours for life.

A garage also gives you some place safe to escape the mayhem of Los Santos, even for a few minutes. No-one can enter unless you let them. You’ll hear people buzzing when they want to come in.

When you have a bit more money to play with, you can work your way up the property ladder. Buying a new property makes you sell your old place; getting some money back in the process.

A free starter garage should be available to Social Club members, according to Rockstar Games, but this did not appear during testing.