At this rate, there won’t be many surprises for Google and LG to reveal when they finally announce the Nexus 5.

A leaked service manual for the LG-built Nexus 5 confirms some rumored specifications — a 5-inch screen, a quad-core Snapdragon processor — and gives us our closest look yet at the device, reports Android Police.

The Nexus phones are typically the devices meant to lead the way for the next wave of Android innovation, and they also offer a “pure” Android experience without any annoying third-party software. Over the last year though, we’ve seen other Android phones quickly one-up the most recent Nexus smartphone, the Nexus 4, which was heralded more for its cheap $299 off-contract price than any particular features.

Among the other specs, the manual shows mostly what we were expecting: 2 gigabytes of RAM, an 8 megapixel camera with optical image stabilization, a hefty 2,300 mAh battery, and NFC. I’m hoping the camera is a significant step up from the Nexus 4’s disappointing shooter.

Judging from the specs, it looks like the Nexus won’t offer anything truly innovative — it’s more of an upgrade to the Nexus 4 — but it will be the most powerful way to get a pure Android experience. For most consumers though, the Moto X may be a better option, thanks to its always-on voice recognition capabilities. 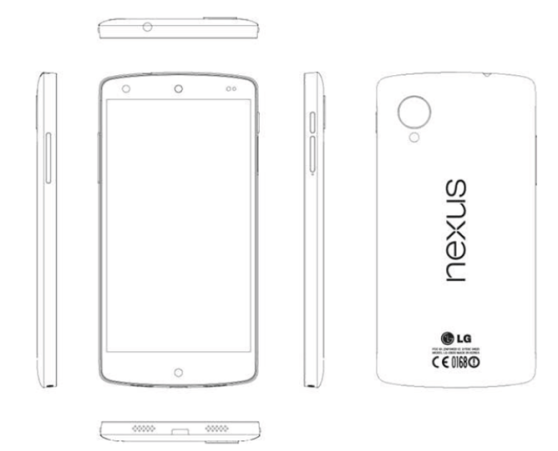 Google is expected to officially announce the Nexus 5 within the next few weeks (especially since the Nexus 4 is no longer available on the Google Play store). Take a look at the full leaked service manual below: