Let’s run through the science behind genealogy tests like 23andMe, and the state of the market.

23andMe does not sequence the entire genome, but it has not ruled it out in the future.

Some of the prevailing challenges with full-genome sequencing include storage, and making sure the data presented is “accurate and trustworthy.” The company completed a pilot in November of 2012 and continues to research the possibilities of full sequencing. A number of other biotech companies are following suit; CNN rather dramatically calls it a “race for the $100 genome.”

What 23andMe sequences today is substantially less than the full genome. It partners with biotech giant Illumina to genotype about 900,000 locations in your genome — more accurately, SNPs (single nucleotide polymorphisms), the places where a single letter in the DNA sequence can differ from one person to the next. 900,000 may seem like a lot, but in reality, that sample is about 0.03 percent of the entire human genome.

This test is designed to be affordable for 23andMe and its customers and yet reveal significant information. Given that its test is so cheap, the company has nearly stamped out the U.S.-based competition in the direct-to-consumer genetic testing space.

And in the wake of a $50 million fundraise in December of 2012, 23andMe’s test dropped in price from $299 to $99. This move ensured the company would remain one of the few remaining operators in an infantile market.

In its eight year reign, 23andMe has raised gobs of cash — over $160 million — from various venture firms and global corporations, such as Google, Johnson & Johnson, and Genentech. Google cofounder Sergey Brin personally invested in the company in its early days and has served as a vocal supporter. (He is married to the company’s CEO Wojcicki, though they are currently separated.) 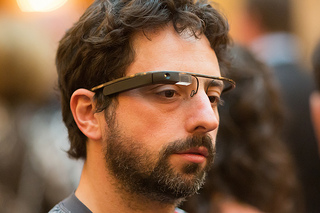 Brin is often cited as a test case in the press, as he discovered through 23andMe that he had an increased risk of Parkinson’s Disease. Brin would subsequently launch a genetics initiative to connect people with the disease and advance research and development.

23andMe’s test results reveal the risk of contracting certain genetic conditions (relative to other test-takers), the likelihood that you’ll have an adverse reaction to certain pharmaceuticals, your ancestral information, and what percentage of your genes come from Neanderthals.

When you sign up for the service, 23andMe will send a DNA kit with a barcode. You can then register the barcode and create an account. Once you’ve sent in a vial of spit for analysis, you can opt in to the research program. Scientists can perform research using your de-identified data in aggregate, meaning that basic information like your name and location will be stripped from the database. Those findings are occasionally published in scientific journals.

The company claims its test can identify over 240 health conditions and traits. Your receive results in a report, which you can access online and via a mobile application.

Criticisms of the test

Suppose you discover through a 23andMe test that you have a higher than average risk of male pattern baldness, or worse, Parkinson’s — what next?

23andMe’s brand of SNP technology has been critiqued by scientists for failing to provide actionable results.

New York University Langone Medical Center bioethicist Arthur Caplan explained it like this in an interview with Forbes: “Say you test positive for a breast cancer disposition — then what are you going to do? The only preventative step you can take is to chop off your breasts.” Although, more women have been asking about preventative mastectomies in the wake of Angelina Jolie’s piece in the New York Times, “My Medical Choice.” Doctors informed Jolie that she faced an 87 percent chance of contracting breast cancer.

Many customers are highly critical about their experience with 23andMe. A quick search on the Web, and you’ll find a vocal subset who say that the results are interesting, but that’s about it.

“I don’t know how to use my genetic data to make meaningful improvements to my lifestyle,” wrote Richard Macmanus, a former editor at technology news publication ReadWrite, on his personal blog.

Can DNA ever stay anonymous?

Given the lack of information you can act on, what’s the upside for consumers?

23andMe will tell you that we can all benefit from a database of genetic information. The company also stresses that the DNA data it shares can be stripped of any details about its owner, helping protect your privacy.

However, scientists are finding that DNA is not ever really anonymous.

In 2008, Stephan was involved with a study that showed DNA could be used to “reverse identify” individuals. The study from the Translational Genomics Research Institute found that owners of genetic data stored anonymously in a database can be identified — even if their DNA accounted for just 0.1 percent of a mixture of other people’s DNA.

“We showed that we could identify whether an individual or any of their extended family members were present in publicly available disease databases,” said Stephen.

In another study in January, researchers at the Massachusetts Institute of Technology were able to identify almost 50 individuals who anonymously submitted personal genetic data as participants in genomic studies. All that was needed? A computer, an Internet connection, and publicly accessible online resources.

In response to questions about these studies, Khomenko said that privacy concerns are “valid in theory” but aren’t all that threatening in practice. He claims the NSA never knocked on his door asking for data.

However, even 23andMe executives, past and present, are willing to admit that when it comes to genetics and privacy, we’re just at the beginning.