We’re pleased to announce that Tim Chang, managing director at Mayfield Fund, and Bing Gordon, a partner at venture capital firm Kleiner Perkins Caufield & Byers, will speak together in a joint fireside chat at our GamesBeat 2013 conference on Oct. 29-Oct. 30 in Redwood City, Calif. 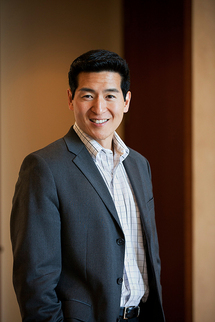 Above: Tim Chang, the managing director at Mayfield Fund.

I will moderate the talk, “The view from the balcony: What’s hot or not? Trends and predictions.” Both Chang and Gordon are among the most visible investors in disruptive game companies. They have co-invested in companies such as Ngmoco and Ouya.

Gaming runs deep in their blood, as Gordon was at Electronic Arts for 25 years and he was a major early investor in Zynga. Chang has invested in companies like Playdom and Lumosity. Chang is looking closely at gamification, or applying game mechanics to nongame applications in fields such as health. Gordon is also looking at the lessons from traditional games and the new territory of social and mobile. We’ll ask them what they think is hot or not in games, and their predictions for its future.

We’ve entered an era where many firms are vying for gamers’ time in the same space. Apple and Google want to get in the living room and are waging war against Nintendo and Sony. Microsoft already has an edge in living room entertainment with its Xbox Live service, but it wants a piece of mobile as well. It’s a confusing time for game makers. Where should they take their titles? Which platforms will provide the best experiences? Who will make them the most money?

Each year, GamesBeat follows a big trend. In 2009, we focused on how “All The World’s a Game,” with the explosion of games on the global stage. In 2010, GamesBeat@GDC focused on “Disruption 2.0.” In 2011, our theme was “Mobile Games Level Up,” investigating the busy intersection of games and mobile technology. In 2012, we explored “The Crossover Era,” the time when so many big game companies and startups were transforming themselves by expanding from one market to the next.