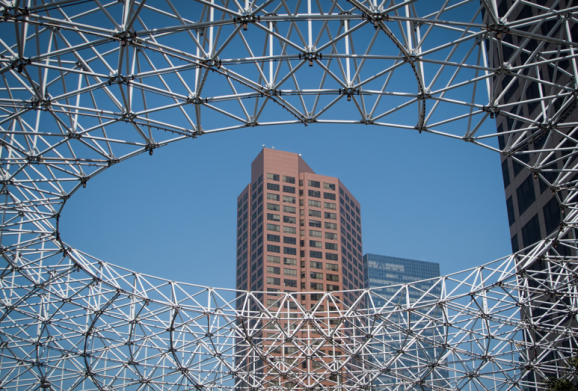 A lot of virtual ink has been spilled over the years discussing the differences between Silicon Valley and Silicon Beach.

Reporters who cover the topic mostly agree that the two are very different, but many haven’t enunciated how. They do concur on one thought: Silicon Valley investors are relatively more concept-focused than revenue- and profit-focused, while the opposite is true in Silicon Beach.

Why is there this regional investor difference?

How the two areas will change over the coming decade has not yet been determined. But, if entrepreneurs understand why the two regions’ investors are different today, they may be able to draw financial backers from both areas and put their companies on fiscally strong paths for the future.

In our roles as financial advisors and consultants, we’ve worked with a number of clients in both regions. We think the difference between investors has to do with three factors: time, space, and history.

Silicon Valley has existed for longer than Silicon Beach

Modern Silicon Valley took shape during the tech boom of the 1990s.  Investors in the Bay Area region have more experience investing in technology start-ups than their counterparts down south (to this day, they see many more deals in the seed and series A stages).  They know that any idea, no matter how “out there” it may seem, could turn into the next Google or Facebook.

Silicon Beach investors haven’t experienced many breakout hits, so they’re more interested in seeing that start-up companies have proven concepts, workable products and real customers in order to feel assured that there is promise.

Silicon Beach is scattered geographically over a larger space

While arguably centered in Santa Monica-Venice-Playa Vista, its companies are spread over the entire 500 square mile area of Los Angeles.  Silicon Valley is mainly centered on the Palo Alto/Mountain View and San Francisco hubs.  Talent in Silicon Valley flows heavily from Stanford University and UC Berkeley, while in Silicon Beach it comes from UCLA, USC, Caltech, and others.

While buzz about hot start-ups can reach Silicon Valley investors quickly, good news may take longer to travel in Silicon Beach due to the somewhat fragmented lines of communication among the investor base there.

Silicon Valley investors have a history with the technology industry

Silicon Beach investors have a history with the media, entertainment and fashion industries.

There are many different types of technology start-ups in Silicon Valley.  There are social media start-ups, electric car start-ups, big data, and cloud-based start-ups. Though Silicon Beach also has a selection of technology companies, they have mainly focused their businesses on media, entertainment, e-commerce, fashion and lead-gen. Southern California investors are especially familiar with media, entertainment, and fashion, as they have been a dominant part of their culture for nearly a century.

They know that companies related to these industries can work, just that they need be done in a certain way. To boot, there is no shortage of local celebrities available to endorse their products.

As time goes on, Silicon Beach and Silicon Valley investor attitudes may begin to synchronize, or grow further apart. Right now, time, space, and history are getting in the way of their harmony.

Entrepreneurs who understand why the two areas’ investors are dissimilar may be able to take advantage of those differences today. They may be able to draw in more investors, allowing their companies to draw in more revenue, and putting their companies in a fiscally sound position to survive however Silicon Beach and Silicon Valley change in the future.

David Johnson heads TempCFO, a consultancy that outsources the accounting and finance functions for venture-backed companies. Through TempCFO, David has advised and mentored over 1,000 startups.

Garry Whitfield is a Morgan Stanley Financial Advisor in the Menlo Park Area. Formerly a practicing CPA, Garry has a master’s degree in Taxation. He served as the business manager and CFO for the multi-platinum and Grammy award winning recording artist Creed (and it’s affiliated companies), and cofounded the startup consulting firm, TempCFO Solutions.

Eric W. Johnson is a managing director in the Los Angeles (Century City) office of Morgan Stanley Private Wealth Management, where he advises an ultra-high-net-worth clientele primarily consisting of entrepreneurs in the technology industry.