Mobile-rewards network Kiip and Guinness World Records are looking for the top mobile gamer across the globe.

“The beauty of this competition is that gamers can compete anywhere in the world, right from their mobile device,” Andrew Macnider, Kiip community champion, told GamesBeat. 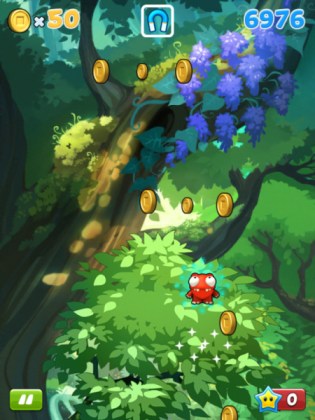 Four competitions this October and November will determine who participates in the final championship for the world record. Each of these “Kiip Swarms” lasts for three days and focuses on a different Kiip-enabled game. Considering the scope of the apps stores, that’s a narrow selection.

“It’s challenging to capture an experience that embodies all of mobile gaming,” said Macnider. “But we’ve chosen four games that each have unique skills sets necessary to post huge scores. We think the top mobile gamer is one that can solve a puzzle the fastest, jump the highest, and fend off the most opposing enemies.”

The qualifying titles are zombie-shooter Into the Dead from PikPok, “epic jumping” game Mega Jump from Get Set Games, motorcycle-racer Lane Splitter from Fractiv, and puzzler 7×7 from En Masse. All four are available for both iOS and Android, and three are free (Lane Splitter costs $1).

Kiip is notifying gamers through Twitter, Facebook, and direct e-mails as well as messages from Kiip-supported apps. Performance in one specific mode per title will determine competition winners. All players have to do is launch the app, click to participate, and then aim for the top score over that weekend.

“It’s no different from how the game is normally played, so players can take their existing experience and immediately apply it,” said Macnider. Guinness World Records’ Challengers program, which appeared in March, will track the app records.

To qualify for a championship invite, players need to either finish in the top two in any competition or place in the top 10 across all four, collectively. “We’ll be giving players a rank across the four based on their final position in each,” he said.

Winners will receive rewards, such as a Jawbone Jambox and a Samsung Galaxy S4 phone for the Into the Dead competition.

“New prizes for each Swarm will be announced weekly,” said Macnider. “The championship prize is going to be huge. We can’t talk about it yet, but beyond the pride of being crowned the best mobile gamer in the world, the winner will walk away with something special.”

Kiip expects millions to participate. “There are console and PC gaming tournaments, but no one has created a highly competitive experience for mobile — until now,” said Kiip chief executive officer Brian Wong in a press statement.

Macnider said that the freedom to get a session in wherever you are, at any moment — even “while you’re waiting for your Starbucks coffee” — is what makes the competition special and is one way it’s different from PC or console tournaments.

“Mobile gaming has opened up this enormous casual market with millions of people who are more comfortable and skilled playing games on their mobile, rather than PC or consoles,” he said. “What makes it even better is the championship being global. Players can compete in areas of the world where console and PC gaming just doesn’t work due to cost and infrastructure. There just hasn’t been anything like this to date.”

Below are the dates for the competitions and championship: