Many of the great technology companies out there today — Apple, Google, Facebook, Twitter, Amazon — have a code-savvy CEO, but these leaders don’t spend much, if any, of their time coding.

Which brings up a couple interesting questions.

Is it important for tech startups to be helmed by someone who knows their way around Python, even if they make minimal contributions to the actual code? If so, why? What aspects of a technical background relate to leadership and business skills?

VentureBeat spoke with a group of Silicon Valley CEOs to find out how much time they spend coding, and what it means for their business.

“I fell in love with creating software when I was 12 years old and my parents bought me my first computer,” Cirne said in an interview. “My mom says she hasn’t seen me since.” 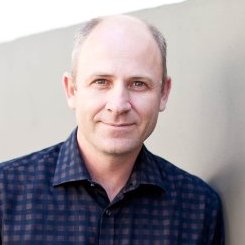 “At Wily I was young, a little insecure, and tried to change who I was to be the ‘protoypical’ CEO,” he said. “I spent a lot of time in meetings and tried to go toe-to-toe with my VPs to make every decision. But you can’t be everything to everybody. The second time around, I surrounded myself with the right people so I could do what I wanted — lead product decisions.”

New Relic now has nearly 350 employees and is growing at over 100 percent a quarter. It is poised to generate more than $100 million in annual revenue run rate.

Cirne repeatedly emphasized the importance of bringing on “world-class people” to take care of the decisions he doesn’t have the bandwidth, expertise, or interest to make. Find people you trust, who are experts in their roles, and let them do what they do best.

Delegating is key, but it should be balanced with the need to stay connected to the “cadence” of the business. Cirne said he has lunch with New Relic’s president every Monday to talk about operating decisions, and its the one thing on his calendar he won’t miss.

However there are times when Cirne “rolls up his sleeves and codes”. New Relic has come out with a range of new products this year and Cirne was an integral part of building it.

“There is a season where I need to be very focused on building software at the code level,” Cirne said. “I went heavy into it in January for what turned into the genesis for our new product. I was heads-down, off-the-grid in remote locations coding. But I can’t do that non-stop. When I came back I did a complete 180 and visited customers and focused on operations.”

Cirne said that he is a more effective thinker when involved in solving technology decisions. Thinking creatively and problem solving provides perspective into other business decisions, that relate to pricing, hiring, marketing, positioning, strategy etc.

“I remember the moment clearly a two to three years ago when I thought to myself, ‘I love everything about this job and this company,’ and I just want to keep experiencing this joy. I recognize that as the company gets bigger, there will be a ton of other important work that has to get done, and if I don’t plan for it, I will get sucked into all those other decisions.”

Suhail Doshi is the cofounder and CEO of Mixpanel, a mobile and web analytics company that helps businesses track user engagement and target specific users.

Doshi studied computer science at Arizona State University but dropped out to found Mixpanel in 2009. He has experience with backend programming as well as front-end development and design. But now he only has time to code on the weekends.

You know, for fun. 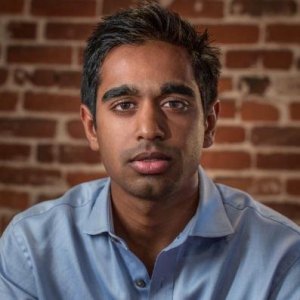 “It’s tough to find time to code because great engineering organizations typically demand that you continue to maintain any code you write and ship into production,” Doshi said to VentureBeat. “It wouldn’t be fair to my engineering team if I wrote code because it’d be tough for me to maintain [it].”

Doshi said that he often spends five to six hours on a Sunday night (when the rest of us are watching HBO) writing code for a project that is “tangentially” related to Mixpanel. This keeps his skills sharp and can provide inspiration for new product ideas, as well as empathy for the needs of Mixpanel’s developer customers and developers.

“It’s pretty tough to run a technology driven company if you can’t talk the talk with your fellow engineers,” he said. “Everyone wants a manager who understands how much time something really takes, how valuable it really is, and appreciates what they do for the company.”

Working as a developer and as a leader require different skills. Developers often say that their best work happens at night when they are alone working on a difficult problem. CEOs are constantly interacting with other people and working on multiple challenges at once, rather than focusing on one project.

For someone who got into this industry due to a love of coding, the shift in roles can be difficult to reconcile.

“The most challenging aspect of being a technical CEO is quickly coming to terms with the fact that you won’t be as good at nontechnical things like marketing and sales as you are at programming,” Doshi said. “But building a company that is great at the nontechnical things too is often the difference between success and failure.”