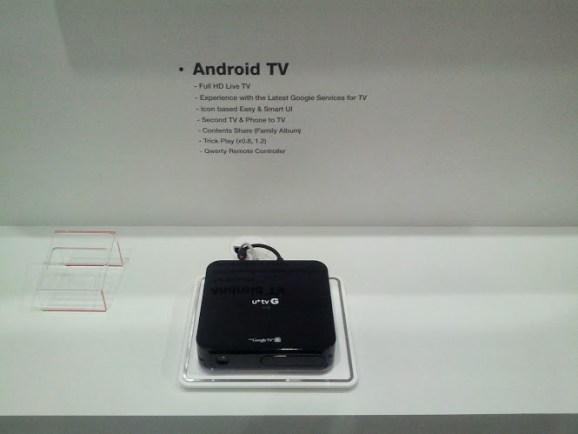 Google has decided to murder its “Google TV” brand, which is the name given to the company’s Android-based operating system that’s optimized for television screens.

At least one hardware manufacturer that produces streaming devices that run the Google TV platform said that Google has decided to kill the brand and rename it Android TV, reports GigaOM.

And while Google officially declined comment to VentureBeat about the fate of the “Google TV” brand, there are some signs that suggest it’s already dead.

As GigaOM points out, long-time Google TV partner Sony recently debuted a new streaming media gadget called the BRAVIA Smart Stick that doesn’t actually mention Google TV — only that the device brings “Google services” to your TV . This is also apparently true for a recent SDK announcement from microchip maker STMicroelectronics about supporting Google services for TV as well as LG’s announcement about its new line of Google TV-powered streaming gadgets that are blatantly called “Android TV” (as shown in the photo above).

It makes sense for Google to rebrand the Google TV platform for many reasons. First of all, it’s awkward to describe devices running the platform as “Google’s Google TV platform for TVs.” Also, Google TV hasn’t lived up to the company’s aspirations, with device makers producing their own software platform for streaming devices and smart TVs rather than relying on Google. And perhaps the biggest reason to rebrand Google TV could be due to the relative success of Google’s $35 streaming media stick Chromecast, which simply pushes what’s playing on laptops and mobile devices to your TV screen and doesn’t have a user interface of its own.

For now, it doesn’t look like Google is trying to kill off Google TV platform, but a rebrand might suggest that it plans to evolve it into something that’s more in line with its Android mobile operating system.

We’re reaching out to our sources for more information about Google TV’s fate, and will update this post when we find out anything new.