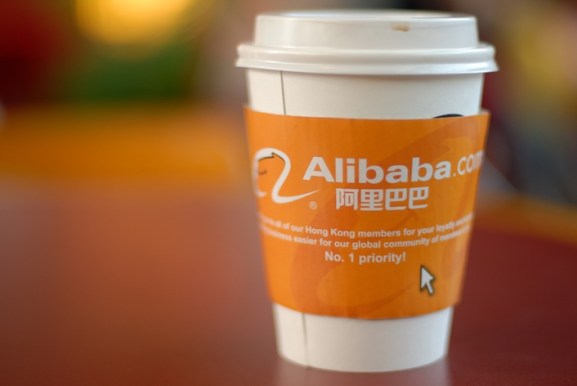 Alibaba, the Chinese e-commerce company that became the biggest online retailer on the planet last year, has invested most of a massive new $206 million funding round in ShopRunner, a rival to Amazon.com.

As part of the deal, eBay sold its 30 percent stake in ShopRunner for a profit, the Wall Street Journal says.

ShopRunner, which offers free two-day shipping on products from thousands of brands, which essentially have their own company store on the service, should be familiar territory for Alibaba. It’s an extremely similar business model to its Tmall service in China, which manages e-commerce operations for thousands of companies in China.

Last year, Alibaba sold or managed the sale of a staggering $157 billion worth of merchandise, including $3 billion on just one day. Yahoo still owns about a quarter of the company, which Marissa Mayer has said she would consider selling to finance Yahoo’s ongoing return to Silicon Valley relevance.

Brands such as American Eagle, Anne Klein, Brooks Brothers, Domino’s, ESPN, GNC, and major league sport such as MLB and the NBA rely on ShopRunner to manage their ecommerce operations. For a $79 fee — not unlike Amazon Prime — ShopRunner promises free two-day shipping, free returns, and no minimum order size.

The deal has to be putting Amazon on alert since although Amazon is the big Kahuna in U.S. ecommerce, Alibaba is a very significant global competitor, and ShopRunner is a very significant local challenger, with close ties to key brands that Amazon needs in order to remain in its position as the preeminent online retailer in America.

Alibaba had previously invested about $70 million in the funding round, but put more money in, according to reports, ultimately culminating in the $206 million investment that values the ecommerce company at about $600 million.

Alibaba is currently considering an IPO.