Mariya Yao is a mobile product designer and founder of Xanadu

When game developers brainstorm a new product idea, they typically start with a simple mechanic and build their game around it. It’s common to take a classic puzzle type or trendy social mechanic and simply slap on a new set of themes and characters. After all, proven mechanics sell well and game studios need hits to survive.

While plenty of successful games are spawned through this process, Robin Hunicke, the founder of game studio Funomena and featured speaker at the upcoming Gamesbeat 2013 conference, thinks there’s a much better way to craft amazing games that appeal to a wide audience. She’s made a career producing wildly successful titles like The Sims and Journey that draw players into a rich, atmospheric world full of genuine social and emotional experiences rather than shallow mechanical actions. VentureBeat’s Christina Farr moderates her fireside chat at GamesBeat 2013. 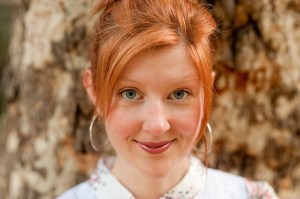 Hunicke calls her “feeling focused” methodology “MDA,” which stands for “Mechanics, Dynamics, and Aesthetics.” Instead of starting with mechanics, she encourages game developers to “first identify the feelings they want a player to experience and thoughtfully develop all the mechanics, dynamics, and aesthetics of a game to evoke those emotions.”

For example, Journey was in part inspired by a conversation that Jenova Chen, co-founder of Hunicke’s previous company Thatgamecompany, had with a shuttle mission specialist about the “overview effect” that astronauts experience when they observe Earth firsthand from space. When they see our tiny, fragile planet hanging in a void of darkness, protected only by a thin layer of atmosphere, astronauts report a sense of increased “togetherness,” a feeling that international and interpersonal conflicts vanish and humanity is one.

In crafting Journey, the team sought to replicate this feeling of awe and wonder toward the unknown and connect people in a beautiful and unique environment that makes them appreciate each other more. Many online games feature cooperation, where multiple players work together to take town a monster or complete a difficult mission, but they don’t create a genuine emotional connection between people. As they designed the game, the team realized that common multiplayer game features such as player names and chat rooms were highly distracting and made the unconventional decision to make Journey’s multiplayer experience both anonymous and mute. 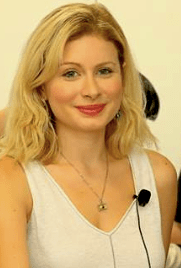 Feeling-focused games like Journey, Shadow of the Colossus, or Gone Home don’t need to be “touchy feely.” They are about addressing needs outside of the hardcore gaming community and bringing the wonder of play to a broader audience. Games like the Grand Theft Auto series are escapist power fantasies which appeal to millions who want to explore the darker aspects of their desires and personalities, but Hunicke points out that “just as many people if not more find entertainment by going to Disney World or the beach.”

For those who want to build games which bring people together, spark a sense of curiosity, or simply explore the joy of play, Robin has the following advice:

Many game developers spent their entire lives playing games. In order to reach the broadest audience and appeal to those who aren’t traditionally “gamers,” live a rich and interesting life by exercising curiosity and pursuing new adventures and experiences. Do a little ethnography and exploration and translate your experiences into your designs.

Get good at talking about your feelings

Game design and development centers on turning your feelings into actions and then turning those actions into mechanics, dynamics, and aesthetics that convey your feelings to your players. Be comfortable with having unconventional opinions and be able to have those tough conversations at both the workplace and in your personal life.

In the game industry, it’s easy to get bogged down with monetization concerns and conventional wisdom. To craft a “feeling focused” game, you first need to center your company around shared values – whether they be connecting people or spreading the joy of play – and be comfortable measuring your behavior against those values. You must create a culture where you can openly work on achieving unconventional goals.

Hear Hunicke speak more about building “The Feeling Focused Team” at GamesBeat 2013 on Oct. 29-Oct. 30 at the Hotel Sofitel in Redwood City.

Mariya Yao is a mobile product designer and founder of Xanadu, a mobile strategy consultancy. She wrote this guest editorial for GamesBeat/VentureBeat.