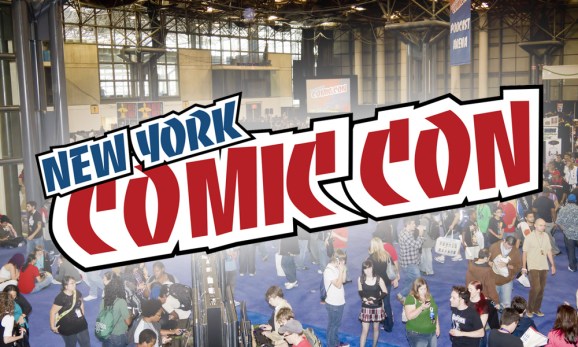 As registered press, professionals, and fans entered New York Comic-Con Thursday, many began to praise the pop culture convention on Twitter and Facebook.

The only problem? They didn’t write those posts.

The stream of ghostwritten ads started when convention attendees activated their RFID-enabled badges, explains Polygon’s Brian Crecente, whose Twitter account was one of hundreds to send out plugs for Comic-Con.

Some other people who fell prey to Comic-Con’s sneaky social media practices were IGN’s Greg Miller, Mashable’s Chelsea Stark, and Attract Mode’s Matt Hawkins, among hundreds of others. And none of them were happy about it. From Marvel’s head of digital Ron Perazza:

This whole #NYCC tweeting positive messages from user accounts without permission is crazy! Such a violation of trust.

Apparently, attendees who chose to connect their Twitter and Facebook accounts while validating Comic-Con passes online unwittingly provided permission for the convention to post on their behalf. This type of third-party authorization is an increasingly common practice across social media services, but what’s unusual here is Comic-Con’s brash use of attendees’ accounts. Every automated post contained a #NYCC hashtag and a bit.ly link to the show’s Facebook page.

Facing a wave of criticism from affected fans and press, Comic-Con has decided to cease posting on attendees’ behalf, according to a statement provided to VentureBeat by Comic-Con press manager Roger Bilheimer.

“As you may have seen yesterday, there were some posts to Twitter and Facebook issued by New York Comic Con on behalf of attendees after RFID badges were registered. This was an opt-in function after signing in, but we were probably too enthusiastic in our messaging and eagerness to spread the good word about NYCC. We have since shut down this service completely and apologize for any perceived overstep.” (Emphasis is our own.)