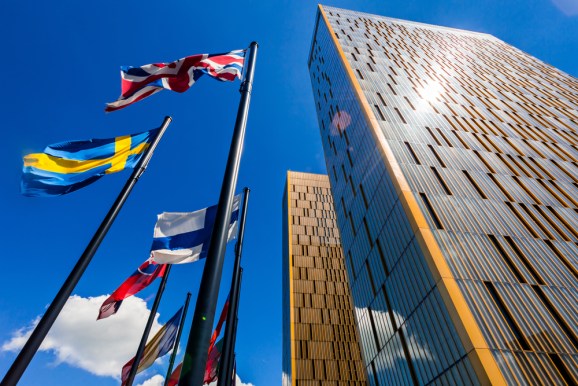 When Skype was founded 10 years ago, privacy advocates hailed the Internet VoIP service as a secure tool that would shield its users from surveillance.

Today, the Microsoft-owned company is under investigation by its home country of Luxembourg because of its involvement with the National Security Agency’s PRISM surveillance program, according to a report from the Guardian.

If found in violation of the country’s data protection laws, Skype could be subject to administrative and criminal penalties and may be forced to stop passing citizens’ data to the U.S. intelligence agency. It could also face fines.

After Microsoft acquired Skype in May 2011 for $8.5 billion, the company reportedly began providing substantially more data to the NSA. Skype also helped China build a custom “listening element” for its chat interface to help authorities there monitor for certain keywords, according to an anonymous former Skype engineer cited in Friday’s Guardian report.

The tiny country of Luxembourg is an attractive choice for major corporations seeking lenient tax laws — Amazon and Netflix also have a presence there — but its data protection authorities may not be so lax.

A Microsoft representative suggested to VentureBeat that the Luxembourg investigation may stem from complaints filed by Europe v. Facebook, an advocacy group that has submitted a number of grievances in European countries against major U.S. tech firms.

The Luxembourg data protection commissioner’s office has not yet responded to opportunities for comment, but we’ll be sure to update readers when we hear back.