Tech startups have taken advantage of the data scientists and engineers on their staff to produce some interesting studies on the impact of the government shutdown.

On its blog, fancy car-sharing service Uber today released a report on how the city of Washington D.C. is responding to the shutdown.

The results are not particularly shocking. Uber found that far fewer people took rides between Capital Hill and Downtown D.C. at the beginning and end of workdays. It appears that federal employees are staying at home, with both parties failing to come to an agreement. Republicans are demanding a dialogue on health care reform, while President Obama wants Congress to end the shutdown before he’ll negotiate. 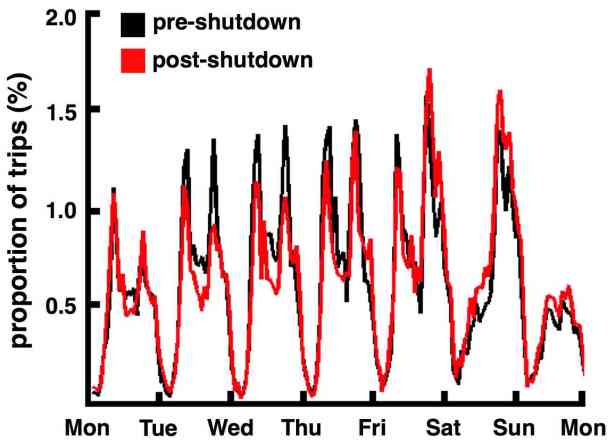 Above: Uber experienced a dramatic drop in rides during the shutdown

States likely to be most affected by the shutdown

Far more interesting is the data provided to us by online finance portal WalletHub. The company analyzed a variety of publicly available data sources to find out which states were likely to be most effected by the shutdown. Metrics include federal employees per capita, small-business lending per capita, social security payments per capita, and student aid applications per capita. Check out the full report with information about the methodology here.

WalletHub found that the states most affected by the government shutdown were far more likely to have been won by the Republican Party in the 2012 presidential election. 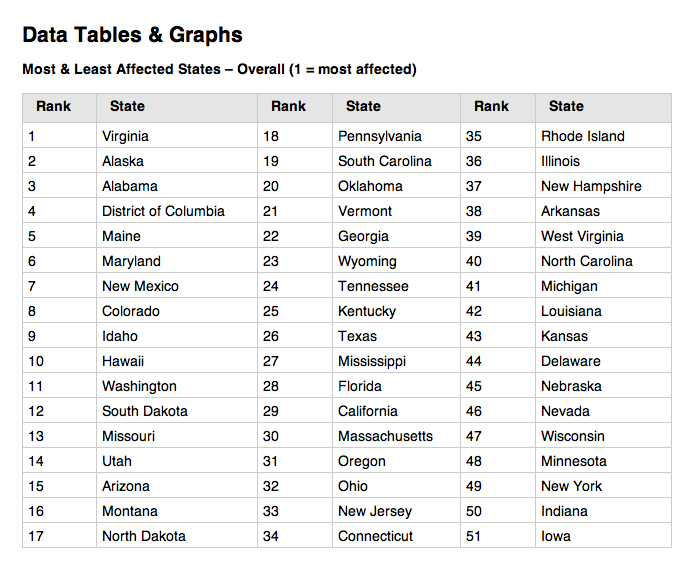 The reality of the government shutdown is finally hitting home for average Americans, not just those paid by Uncle Sam, the Washington Post reports today. Throughout the country, people are experiencing myriad effects, including halted crash investigations, and delayed training for air traffic controllers.

“The overarching theme is that no one is immune to the effects of the shutdown,” John Kiernan, senior analyst for Washington, D.C.-based WalletHub told CNBC in a recent interview.