The dearly departed X-Play video game TV show went out with a bang with a last episode that spoiled the ending of just about every major video game ever made. The sad truth is that many gamers probably never got to the end of those games. 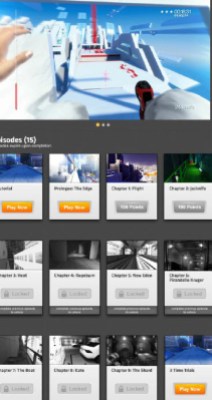 Perhaps 20 percent of the population buys hardcore games and is motivated to finish them. The rest of the 80 percent don’t have the time. Rich Hilleman, chief creative director at Electronic Arts, recognizes this. At the Cloud Gaming USA conference this week, he told the audience that the thing video game designers have overlooked is time. Many adults are “lapsed gamers” who used to play but gave up games for one reason or another.

“We lost them because we asked for too much time,” he said. “To be a console gamer is to give a real commitment in time.”

Not only that, if you’re not a skillful player, you’ll have to play some parts of a game over and over again. That takes even more time to get to the ending. Hilleman said that is why so many gamers have moved on to snack-like social games, mobile games, and casual games, where a play session might as little as five minutes. Nobody has time for the two-hour game sessions anymore.

This trend is sad to me because it reflects my own life. I spend so much time writing about video game news that I don’t have time to play and finish games. That’s even more frustrating to me because we’ve seen some of the best endings for video games in the whole history of the business this year. BioShock Infinite, The Last of Us, and the newly released Sony PlayStation 3 game Beyond: Two Souls have some great endings. Grand Theft Auto V requires you to play for around 50 hours, only to give you the option of multiple endings. You have to complete around 69 missions before you get to the last part of the story of three partners in crime.

In games with multiplayer, many players never even bother to play the single-player campaign at all. They skip the story, prompting some observers like Jace Hall to wonder if video game endings matter at all. Red Dead Redemption had one of the best endings of a game, and then-reviewer Seth Schiesel called the game a “tour de force,” the first time he had ever done so. But only 10 percent of the game’s 23 million players ever got to the ending, according to a report by social gaming network Raptr in 2011.

With Beyond: Two Souls, I got to the ending after about 10 hours of play. It was a very movie-like experience with deep characters and a narrative that delivered a surprise at the end. I liked it because it took me back to the beginning of the game and made me have flashbacks to different, powerful moments in the game. I want to talk about it, but it will probably be a while before other people finish it, if they do at all. I think that if Sony touted the ending, more people might be motivated to play it. But a lot of people might also say, “That’s nice,” and move on to something else that takes them just 10 minutes to play.

Games like Beyond: Two Souls are really advancing the state of the art in games, mainly because they have endings that are as emotionally powerful. But again, if you don’t get to the ending, you’re missing out on that. It’s ironic that, just as games get to be as good as movies, fewer and fewer people will actually realize that because they don’t see the endings that hold these games together. I can see a game getting the equivalent of an Oscar for the creativity reflected in its ending, and how it pulls the threads of a narrative into something inspiring. I don’t see a game getting an Oscar for having a great multiplayer experience. 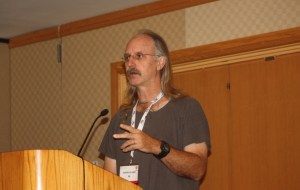 Journey, the game of the year on many lists last year, took a lesson from movies. You could complete the game in a few hours and see its beautiful ending. It was short enough that players played it over and over again, even though the ending always comes out the same. Journey also made the point that the ending didn’t matter. It was the journey, and it allowed players to make that journey with each other over and over again, for a shared experience that mattered.

EA is exploring what to do about this failure to reach endings. Hilleman said that on a new experimental platform targeting a broader group of people who don’t play, EA is changing things around. The user interface and controls are simple. And all of the chapters of a game are unlocked. If you want to skip to chapter 15, you can do so and get a character, in this case in the game Mirror’s Edge, who is fully capable of surviving at that stage of the game. If you want to jump ahead to the ending, you can do that.

You can also look up video game endings on the web. For those who didn’t want to play through BioShock Infinite, some players posted all of the cinematic cutscenes of the game. That added up to a few hours of footage, including the ending.

Why do endings matter? They’re part of a larger problem. There is too much friction for video games. If it takes too long to finish, then players won’t finish. If they don’t finish, they’ll ask what value they’re really getting for $60. If they don’t want to pay $60 for games, then they might very well pay nothing at all.