John Earner and his team of happy Londoners scored big in the first generation of social games. Now, they’re back with a new startup, Space Ape Games, and a hit title Samurai Siege, which is generating $50,000 a day in revenue from more than 200,000 daily players after just nine days on the market. 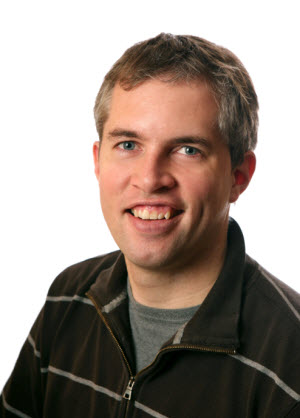 Earner led Playfish’s London studio and created hit after hit for the company. That led to EA buying the developer for at least $300 million in 2009. Under EA, the Playfish team released games such as The Sims Social. But as Facebook titles took a dive, their mojo dissipated. The “Playfish Mafia,” reminiscent of the Paypal Mafia that founded many Silicon Valley startups, left EA and then started Space Ape Games in London last year with a dozen Playfish veterans. The group wanted to create the world’s best mobile-strategy-game company.

Space Ape started out with an entirely different experiment. They first created a title dubbed Call It: Football. You could play it while watching TV, and you had to pick what play would happen next in a live game of football. The release was popular in a small niche, and it had good reviews. But it monetized horribly. After four months, the team called it quits around January.

“We said life is too short,” Earner said in an interview with GamesBeat. “We need to pivot into something we are more passionate about. It totally failed. We learned a lot from it, and we moved on.”

Fortunately, the company had a good pedigree. Toby Moore, former chief technology officer of Mind Candy, and Simon Hade, a former back-end manager at Playfish, joined Earner. They were able to raise $4.4 million from investors, including Accel US/UK, Initial Capital, Northzone, Connect Ventures, and Gigi Levy. That gave them enough runway to build the right experience.

Space Ape Games shifted to something that resembled their own passion for StarCraft-like hardcore strategy games. They began work on Samurai Siege, spent eight months in development, tweaked the game during a two-month beta in New Zealand and Australia, and then launched it earlier this month on iOS and Android. The title has more than 700,000 installations, and it is already monetizing. It was also part of the new Facebook Mobile Games Publishing program, which is helping it get lots of new players.

“We looked at the popular real-time strategy genre on the PC with Warcraft and found the quickest way to make it more accessible and easy to use on tablet was to automate the troop artificial intelligence,” Earner said. 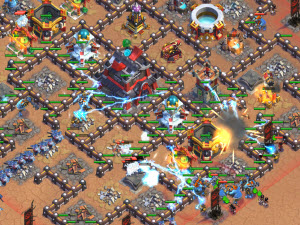 Above: Action from Samurai Siege.

The automated troops help the player avoid micro-management. The game has a single-player campaign that draws people into it, and it is accessible with easy touchscreen controls. Players can join alliances and then fight. The battles among alliances are synchronous, but the combat in individual attacks is asynchronous. Wars between alliances last two days, and the winners get premium currency.

The team has 18 core employees, and they’re focused on tweaking the code based on the response from the community. They built the front-end with the Unity engine, allowing for a single-client code base across platforms. They’re leveraging Amazon Web Services to handle the server load. About 3 to 5 percent of players are buying in-game virtual items with real money.

Earner is from California, but he chose to move to London because he felt it was a better place to build a great gaming company. He feels it’s a better environment for fostering and sustaining successful teams.

Rivals include Supercell, and you can see a resemblance in Space Ape’s work to that company’s Clash of Clans, which has been leading the top-grossing mobile game charts for more than a year.

Reflecting on Playfish, Earner said he recalls the rise of social gaming on Facebook with fondness.

“What we learned was fundamentals of distribution for social games,” he said. “I am proud of how our games performed. Pet Society lasted over four years. The Sims Social ended more quickly, but it was disrupted by mobile, which was more accessible and casual.”

He added, “Our co-founders were keen to join the players as they moved from Facebook to mobile.”

Space Ape Games is growing, but Earner believes the ideal team size is about 20 people. So the company might add a second group next year, mainly by subdividing its existing team and adding more people.