We’re pleased to announce that Clive Downie, the chief executive of DeNA West, will speak about getting consequential player engagement on mobile in a fireside chat at our GamesBeat 2013 conference on Oct. 29-Oct. 30 in Redwood City, Calif. Chris Kohler, the editor of Wired Game Life, will moderate the talk. 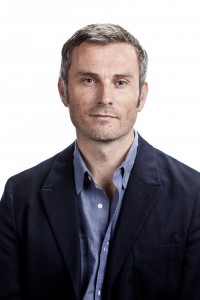 Above: Clive Downie of DeNA West

The conversation will focus on how mobile devices of all kinds are changing the way people live every aspect of their lives and what that means for the developers who want to target them. When an app engages large numbers of people, it’s a powerful moment and a big business opportunity. But consumers are fickle. Time is a rare commodity, and Downie will share his thoughts on how the mobile community can be harnessed.

As CEO of DeNA West, Downie oversees DeNA’s mobile-social game platform, Mobage West. He also runs the third-party and first-party studio business for DeNA in Western markets. He joined DeNA in 2009. Before that, he spent 15 years at Electronic Arts, where he served as vice president of marketing and managed franchises such as FIFA Soccer in North America and Europe.

DeNA West is a division of Japan’s mobile-social gaming network DeNA, and it is one of the companies trying to capture the success of Asian mobile games and translate it to the Western markets. DeNA West is also working on its own original titles such as The Drowning (pictured above), which debuted earlier this year.