There was a brief moment when we were excited about the future of curved smarphones. But LG and Samsung are swiftly killing that interest.

Just a few days after Samsung announced its bizarre, curved Galaxy Round, renderings of LG’s own curved smartphone have also leaked. The device, known as the LG Flex, features a 6-inch curved display, which should make it more comfortable to hold. Or something.

There is a difference, however subtle, between the curved devices from Samsung and LG: While the Galaxy Round is curved on is horizontal axis (side-to-side), the LG Flex is curved on its vertical axis (up and down). It’s too early to say which approach makes more sense for smartphones, but we do know this: These things are going to be an absolute nightmare in your pocket. 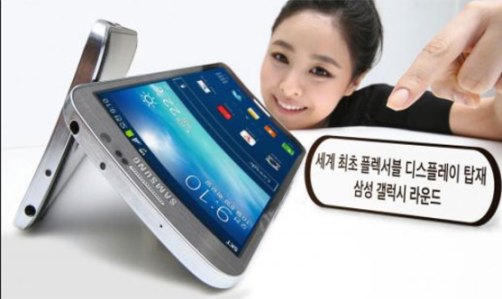 Above: Do you want your phone curved horizontally or vertically? LG and Samsung are trying out both approaches.

And while the LG phone is known as the “Flex,” the new device isn’t actually flexible. So don’t get your hopes up on that front just yet.

LG plans to officially announce the LG Flex at an event next month, so we should know pretty soon whether the curved approach to smartphone is really the future of the form factor.