The creators of Xbox Live Compute — the new name for the Xbox cloud — believe they can make gaming better for you while also improving the Xbox One over time.

The company expects its worldwide infrastructure of remote servers to power many of the online functions that our Xbox 360s had to handle in the past. That means better online multiplayer and potentially smarter artificial intelligence, and it might mean that Xbox One games could look prettier even when the system starts to age.

To learn about all of this, GamesBeat chatted with Xbox Live Compute lead program manager John Bruno about how his system works and the difficulties of explaining the cloud to gamers. 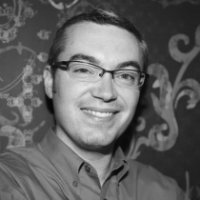 “About a year and a half ago we sat down with some developers and tried to figure out how we could leverage some of the assets we have at Microsoft from a computing standpoint,” said Bruno.

“Through a series of conversations, we built a platform that really reduces the barrier to entry for server development for game developers. We have a great asset in Windows Azure. We have a global footprint of data centers. We thought it would be a great pairing to take what game developers know really well and combine that with a program that removes some of the challenges of working on servers.”

Windows Azure is Microsoft’s cloud-computing platform. Any developer — not just game makers — can go to Microsoft and reserve some space in the cloud to perform any functions they desire. For Xbox Live, the system is available to any developer that chooses to use it, and Microsoft claims that Xbox Live Compute removes a number of barriers that studios previously faced when working in the cloud.

For example, Xbox Live’s servers are automatically scalable. This means that the system can quickly spool up enough online infrastructure to support gigantic games like the upcoming military shooter Call of Duty: Ghosts and can trim down to efficiently support an older game that only has 60 remaining regular online players. Bruno told GamesBeat that he hopes this will mean that publishers like Electronic Arts will no longer have to shut down the online components of its older games.

Microsoft also already has its cloud deployed globally. Studios don’t have to worry about building and maintaining clusters of servers in various regions because Xbox Cloud does that for them.

Oh, and one other small thing: Xbox Live Compute is free.

“What we found is that developers were very interested in doing more on server,” said Bruno. “Particularly in the area of things like dedicated-server multiplayer and even pushing the boundaries of what is done from a peer-computing standpoint, but a lot of them didn’t have the resources or didn’t necessarily want to make the risky investment.”

Bruno says that the real idea for Xbox Cloud was to provide all of the online infrastructure to support things like dedicated servers for multiplayer so that studios can just focus on making the games.

How Xbox Cloud makes things better for the gamer

It’s pretty clear that a free cloud solution for dedicated servers and other cloud features is a pretty neat bonus for developers, but gamers’ enthusiasm doesn’t seem to match some of Microsoft’s rhetoric regarding the “infinite power of cloud.”

The reason for that is likely because the benefits of Xbox Cloud are somewhat intangible. Dedicated servers are the biggest early benefit for players, and this will only improve the quality of online multiplayer gaming rather than introduce whole new capabilities. It’s a nice feature to have, but it might not drive sales of Xbox One — especially considering games like Call of Duty: Ghosts will have dedicated servers on all platforms (including current-gen systems).

Clearly, the fact that studios have the option to move computations to a server while Microsoft picks up the tab is a huge plus for the people making games, but Microsoft is having a challenge in explaining why players should care about that.

“If you’re a gamer, you know that playing online with a dedicated server is much better from a gameplay perspective,” said Bruno. “There’s much less host migration and lag. [And we’re] just starting there — with giving the Xbox Live gaming community better online gameplay experiences.”

But Bruno also agrees that his company sometimes struggles to relate that message to the consumer.