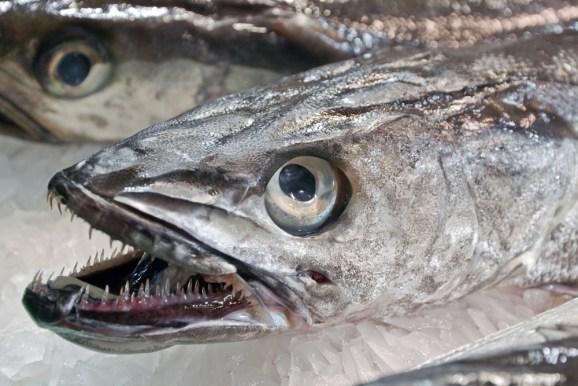 Myriad industries stand to benefit from in-memory computing, from oil companies that monitor pipelines and track real-time pricing information to logistics organizations that analyze real-time traffic and weather conditions to calculate optimal delivery routes. GridGain hopes to sell its services to all of them.

Even with customers like Apple, Cisco, and Sony, GridGain Systems remains a little fish in a big pond — because this particular pond also harbors SAP, Oracle, and a host of others. (I’ve never pictured a giant, anthropomorphized Oracle eel until right now.)

“We refer to this as the ‘end-to-end’ stack because it covers all the major data processing needs of organizations,” GridGain CEO Nikita Ivanov told VentureBeat. “In a nutshell, it allows enterprises to process data at speeds and in quantities that traditional technology simply can’t handle.”

Editor’s note: Our upcoming DataBeat conference, Dec. 4 – Dec. 5 in Redwood City, will focus on the most compelling opportunities for businesses in the area of big data analytics and beyond. Register today!

In-memory computing solutions are attractive for enterprises that generate massive amounts of data — we’re talking terabytes or petabytes — because they don’t need to pull data from servers’ hard drives. Instead, they store data in the computer’s main memory, which is faster and easier on the CPU. This speeds up processing by many orders of magnitude, allowing enterprises to process and analyze data sets that were previously inscrutable, including real-time data streams.

SAP pioneered in-memory computing with its HANA product (which is generating hundreds of millions in annual revenue for the software giant), and Oracle followed up with its Database In-Memory Option — but neither holds up alongside GridGain’s offering, claims Ivanov.

“To date, competitive products focus solely on in-memory database processing and fail to address enterprise needs through in-memory streaming and high-performance computing,” he said. “GridGain is the only solution to provide a comprehensive offering.”

After five years of testing and tweaking, GridGain’s in-memory computing stack can use several thousand nodes simultaneously, with more than a terabyte stored on each one. It also features drop-in acceleration for Hadoop, the popular open source software framework that enables distributed processing of large data sets across clusters of computers.

According to GridGain, its stack can run anywhere: on commodity hardware, virtual machines, or in the cloud. Wherever it is, GridGain promises 99.99 percent uptime. Projects that require massive scale (thousands of installed nodes) typically cost GridGain customers several million dollars, while less ambitious efforts might cost as little as $25,000.

GridGain closed a $10 million funding round in July. It seems the company has put it to good use.