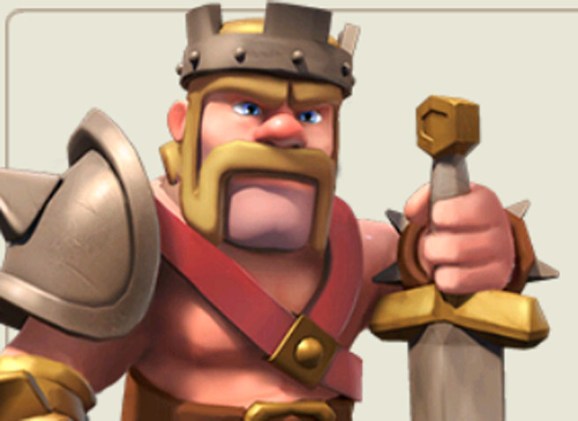 SoftBank and GungHo Entertainment gave a big endorsement for the future of mobile game industry with their 51 percent purchase of Supercell for $1.5 billion.

That valuation is more than triple the $770 million value that Supercell had when it raised $130 million in just six months ago, observed Alina Soltys, a senior analyst at the Corum Group.

Above: The popular RPG-puzzle game is one of the most lucrative mobile titles ever.

“This is a huge announcement for the gaming community and follows up the outlook we have of Asian buyers and free-to-play gaming becoming heavy influencers in gaming mergers and acquisitions,” she said. “If you look at both Softbank and Supercell — the alignment over strategy to become the best Internet services portal/provider for Softbank and Supercell as already one of the best mobile developers — this partnership is an ideal fit bringing together two companies with grand visions.”

SoftBank also invested $265 million in GungHo Entertainment, which supplied about 20 percent of the $1.5 billion for Supercell. That deal in March valued Japan’s GungHo, maker of Puzzle & Dragons, at $4.1 billion. Soltys noted earlier this summer that 30 Asian companies have more than $1 billion in cash and a demonstrated interest in buying game companies.

Soltys wonders what Supercell is going to do with that money (presumably its earlier investors sold some of their stakes as well), as Supercell chief executive Ilkka Panaanen has often said that the company is focused on making games with small teams as the key to its success. Those small teams develop games with quick iterations, so it’s hard to see why Supercell needs that $1.5 billion.

Or why it needs any money at all.

Tim Merel, the managing director at gaming and mobile investment bank Digi-Capital, said he thinks the deal makes sense given the geographic dispersion’s of SoftBank’s interests in Europe and Asia. He notes that the sale is a secondary sale of shares for a partial exit by both management and investors.

“This allows everyone to retain upside while also reducing investment risk by taking cash off the table now,” Merel said. “The remaining management shares could also be argued to be an ongoing incentive, even though they might be feeling pretty comfortable after the deal.”

Lewis Ward, a research manager for gaming at the IDC market research firm, said that Clash of Clans has been in a dogfight with GungHo’s Puzzle & Dragons title for the top-grossing iOS app ranking since late 2012. That indicates a remarkable resilience for both games, as most titles ride a short roller coaster for growth on the mobile charts.

He noted that Zynga paid $180 million for OMGPOP, the maker of Draw Something, which saw its fortunes soar and then plummet — quickly.

“So what goes up in mobile definitely comes down — sometimes a lot sooner than you’d think or like,” Ward said. “Time will tell if this is money well spent, but I get the logic. The rapid turnover on the mobile game charts clearly doesn’t frighten SoftBank or GungHo, and you’ve got to say this is further vindication of Apple’s gaming platform.”

Ward believes that the deals indicate that Japan could see a revival in games as its historical strength in console games shifts to mobile.

“The deal gives SoftBank and GungHo more direct insight into Western European and North American gamers’ heads,” Ward said. “Scandinavian game developers seem to be on quite a roll these days, so this deal may portend other investments/acquisitions coming out the region, and clearly, Supercell can now afford to explore many more revenue opportunities and will be hiring talent shortly.”

And Billy Pidgeon, longtime gaming analyst, said that the $1.5 billion represents the price that SoftBank is willing to pay to break into Europe and North America as well as provide content for its huge investment in Sprint Nextel.

“SoftBank has made major infrastructure buys in Japan and is positioned to dominate the Japanese mobile market as consumers complete the nation’s upgrade path from feature phones to smartphones,” Pidgeon said. “SoftBank appears to be beefing up on the content side as well as carriage. This is a very smart move, as SoftBank can price wireless data more competitively with revenue coming in over the top in free to play games and mobile advertising.  SoftBank will likely buy further into the games sector, but I expect they will move aggressively into other mobile Internet revenue opportunities such as payments and mobile commerce.”

Tim Chang, managing director at Mayfield Fund, said that SoftBank’s big bet is that Supercell knows how to make games and SoftBank can distribute them widely throughout Asia. That’s similar to the bet that Tencent made when it bought the majority of Riot Games for nearly $400 million back in 2011. Chang notes that this deal is a lot more expensive for SoftBank, but the combination of the firms could be interesting.

“It’s like chocolate and peanut butter,” he said. “But I don’t know how much more value SoftBank can extract out of those games.”

Chang said that Supercell could be an argument that startups should not take a lot of venture money, early on. The company didn’t have as many pressures to monetize or push products out before they were ready. By contrast, Zynga, which has a valuation of $2.8 billion that is lower than Supercell’s, suffered from a hype cycle, where it was valued at frothy levels early on and then sank back to earth.