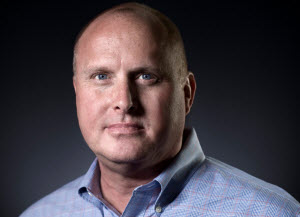 Keighley will talk to Smedley about the democratization of gaming and the evolution of the online game. SOE is working on Everquest Next, the next installment of the popular massively multiplayer online game series. Smedley will paint the landscape of online games, from the rise of eSports, livecasting, and player-initiated marketing to the growing importance of global communities, player-driven economies, and next-generation gaming.

With Everquest Next, Sony Online Entertainment is putting players in the driver’s seat to game development, as it will allow them for the first time to generate their own content and have it appear both in their own game worlds as well as the large online game world.

Keighley (pictured below) is very well known in the games industry as the host for the weekly GTTV television show on Spike TV. He has spent more than half is life covering the video game business as a journalist, television personality, and producer. 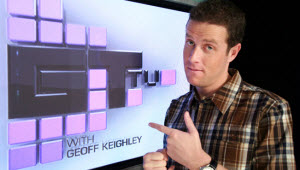 Thanks to the following industry leaders for supporting GamesBeat 2013 as sponsors: Ad2Games, AppLift, GamesAnalytics, NativeX, Renren Games, and Tapjoy as Gold Sponsors; Flurry, GameHouse, Kontagent, Playnomics, Storm8, and LifeStreet Media as Silver Sponsors; AppFlood, Twitch and Slashdot as Event Sponsors; Akamon Entertainment, Arkadium, OnLive and Virtuix as contributing sponsors. If you’d like to become a sponsor, please send a message to sponsors@venturebeat.com.