Is Windows 8.1 going to be a window of opportunity for games on the PC and Windows Phone, or will it take Windows gaming into obscurity? 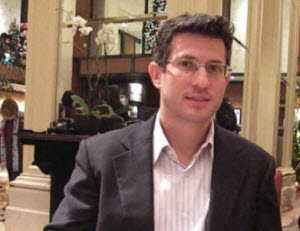 Above: Kenny Rosenblatt of Arkadium

We’re pleased to announce that Ari Levy, a technology editor and reporter for Bloomberg News, will moderate a session on this topic at our conference on Oct. 29-Oct. 30 in Redwood City, Calif. He will interview Arkadium chief executive Kenny Rosenblatt, who has made a big bet on Windows gaming, and Microsoft Windows Games manager Justin Saint Clair. They will field tough questions on what it takes to make the No. 1 gaming system in the world expand from PCs to tablets and smartphones. They’ll talk about what the next frontier in gaming will be and the hurdles Microsoft has to overcome.