Google revenues are up, slightly, from last quarter, and up about $1.5 billion from last year’s Q3 as the search engine, mobile juggernaut, and social network reported its third-quarter earnings today.

“Google had another strong quarter with $14.9 billion in revenue and great product progress,” said Google CEO Larry Page. “We are closing in on our goal of a beautiful, simple, and intuitive experience regardless of your device.” 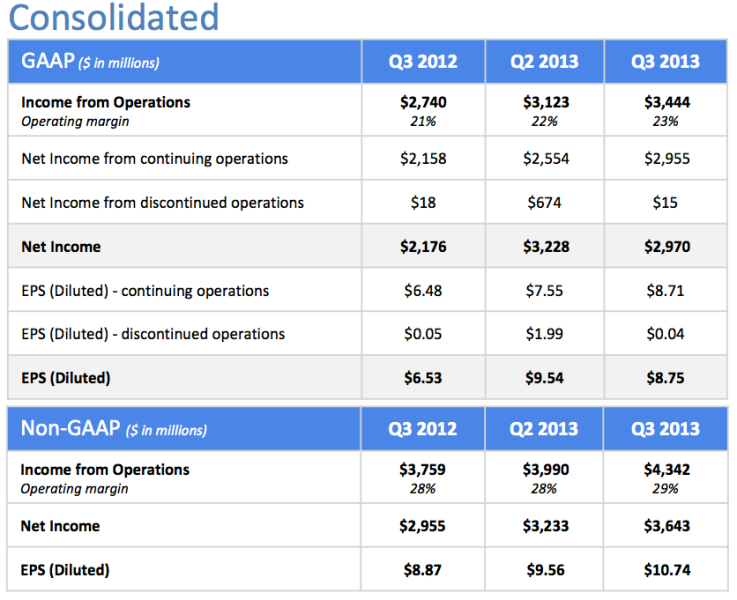 Last quarter Google earned $14 billion, with almost all of it — $13.1 billion — coming from ad revenue. That was 19 percent growth, year-over-year, and added $4 billion in profit to Google’s overflowing coffers. This quarter’s growth was only 12 percent, but still strong.

Some highlights from this quarter:

International income continued its ongoing growth for Google, with its international share of revenue topping 56 percent, up from 55 percent last quarter, and also up from 53 percent in the year-ago equivalent quarter.

The company says it will continue to invest in three major areas: ads (search and display advertising), high-growth businesses (YouTube, Android, and Chrome), and new businesses (social, commerce, and enterprise).