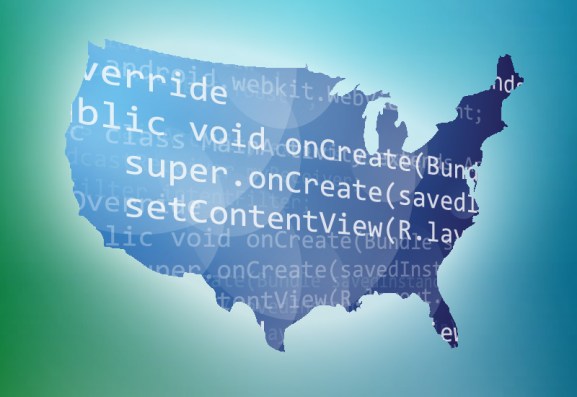 The software industry is exhibiting sustained growth in some unexpected places

For proof that Silicon Valley is no longer the be-all and end-all of the software industry, look to the Midwest.

This fact has not escaped savvy investors, like Lars Leckie of Hummer Winblad, who sees that gap as an opportunity.

“We have long prided ourselves on not being a Silicon Valley firm,” he said in a conversation with VentureBeat Tuesday. “We’ve invested in 15 or 16 software-as-a-service companies, and only one of them is in the Valley, one is in San Francisco, and the rest are elsewhere.”

The U.S. software industry is growing quickly, according to an upcoming report from benchmarking company OPEXEngine and the Software & Information Industry Association. Small to midsized private companies experienced a median 30 percent revenue growth rate from 2011 to 2012, while private software-as-a-service (SaaS) companies achieved an even higher growth rate of 35.1 percent.

But it’s no huge surprise that the software industry is thriving post-recession — where it’s growing is much more valuable information.

Have you done the math yet? There’s a disproportionate gap, determined by location, between companies’ revenue growth and funding. In other words, there’s a sizable opportunity for software investors who look beyond the traditional tech hubs.

Leckie is bullish on SaaS, which he called a big, cresting wave. But waves break, I note. Are SaaS companies with ballooning growth rates but similar products in for trouble ahead? Leckie doesn’t think so.

“Good categories support more than one winner,” he said. “So if you have companies in the SaaS space that are growing at a 100 percent growth rate, I think that’s more an indication of a good category than risk ahead.”

The category as a whole continues to mature as companies fine-tune the model, improving efficiencies in sales and marketing as they become increasingly metric-driven. And some of these small to midsized SaaS companies have their eyes on major enterprise players — SAP, Oracle, and IBM — which leaves a lot of room for growth.

Lauren Kelley, the founder and CEO of OPEXEngine, thinks we’ll continue to see positive performance from SaaS and cloud-based companies outside the major tech hubs.

“It’s amazing to see… the growth and strength of companies in-between Boston and Silicon Valley,” said Kelley. “Because of cloud-based services, you don’t have to cluster companies together in the major tech centers anymore. You can hire remotely, use remote services for different parts of the business.”