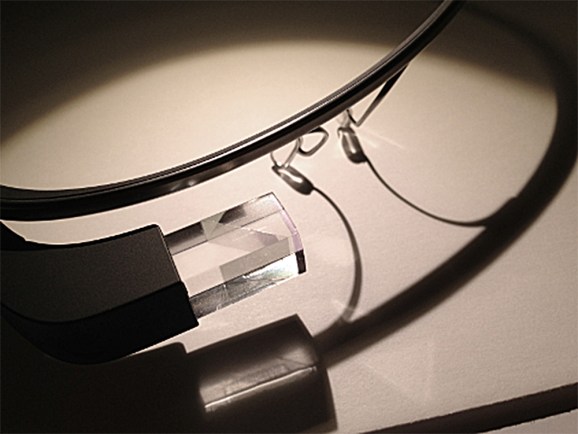 SANTA CLARA, Calif. — Oh, to be able to wear a credit card on your face! We’re so glad someone thought of that. This is gonna end swell.

GlassPay from web design shop Red Bottle Design is a new application aiming to take your money and wrap it up in a Google Glass package. You know, so you can buy and pay for stuff with your eyeballs. Living in the future is awesome.

And get this! GlassPay uses bitcoins!

Here’s how it works: You take your Google Glass (nerd) or your Android device and wander into a store. GlassPay uses Bluetooth to determine where you’re shopping. You scan barcodes, and the app adds each item to your virtual-slash-physical cart automatically as you go along. Alternatively, it’ll let you add an item to your wishlist. When you’re ready to jet, you go pick up your haul in a central location in the store — like the customer service desk, for example.

This means merchants can keep more stock in a storage area without taking up valuable floor real estate. It also means they can do more upselling and cross-promotion.

And if you’re working with a food truck or a mall kiosk, you can just grab, scan, and leave. (This opens up an interesting shoplifting opportunity for Glass wearers. Just a thought.)

Because GlassPay uses bitcoins, no fees are involved either for the merchant or the customer. Your virtual wallet is controlled by a password.

“With Glass, it has to be in context in the moment,” said founder Brad Elsmore onstage today. “The other advantage is, if you’re putting together an order, you’re not holding two things at once.”

GlassPay reps say the apps should be ready to rock in Q2 2014.

Between the nascent state both of bitcoins and Glass itself, we wonder (read: highly doubt) whether big-box stores and small businesses will be willing to jump aboard this particular tech train. And consumers have to be able to convert bitcoins to dollars mentally.

“The main reason we chose bitcoins is it’s one of the most frictionless payment platforms available,” said Elsmore. “The other piece is, we’re not actually married to bitcoins in the long term,” continuing to mention Google Wallet as a future potential payment method.

It’s a long shot, but who knows what the future will hold. It’s hard to imagine GlassPay finding much success at its launch, but in a few more years, we’re sure crazy payment systems will have a much stronger foothold.