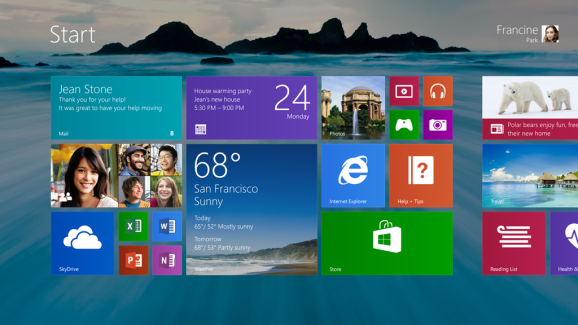 One year after launching Windows 8, Microsoft has begun rolling out the operating system’s biggest update yet.

The Windows 8.1 upgrade is available now to those who already have Windows 8, bringing with it some significant personalization upgrades along with the usual performance boosts. The upgrade appears in retail stores and new computers tomorrow.

The big takeaway from this update? If you’ve been holding out on Windows 8, now is the time to jump in.

When Microsoft introduced the new touchcentric Windows 8 last year, it faced plenty of criticism. The Start menu was gone, replaced with a Windows Phone-esque Start screen; it emphasized new full-screen apps over past Windows programs; and ultimately, it was just very different. Now consumers are more aware of Windows 8’s changes, and Microsoft has fixed most of the annoyances people had with it. As with most big technology changes, it pays to wait a year to get the initial bugs rolled out.

With Windows 8.1, you finally have more control over the Start screen. Just like Windows Phone 8, you have a wider variety of choices when choosing Live Tile sizes. You also have more control over how you juggle multiple Windows 8 apps at once on the screen (now you can have four apps on display at once). When it comes to search, Bing now plays a central role across the OS, letting you search for local documents and the web from a single interface.

Windows 8.1 also comes with a slew of update apps, including a better Mail app, Internet Explorer 11, and Skype built-in. It also comes with native 3D printer support, a first for a major operating system.

While it may not look that different at first glance, I’ve found Windows 8.1 to simply feel better (judging from early builds of the update). Check back later for a more in-depth look at the update.

Microsoft hosts a Reddit IAmA session from 10:30 a.m. to noon Pacific to field questions about the update, and it’s also answering questions on Twitter afterward. (I just hope the engineers participating in these chats have grown a thick skin.)