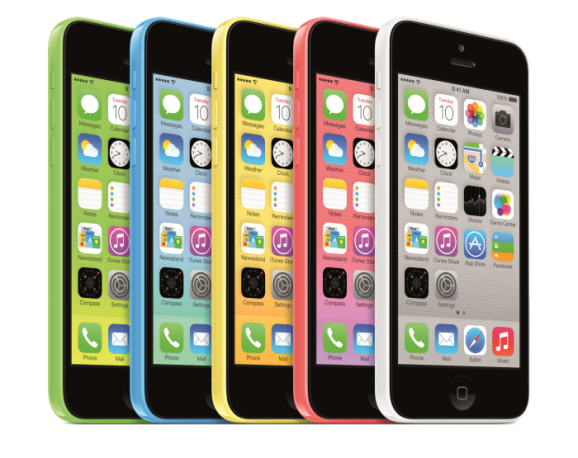 Apple has the prototypical good-news, bad-news scenario on its hands, with soaring sales of its flagship iPhone 5S contrasting sharply with souring sales of its “for the colorful” iPhone 5C.

There has been a ton of speculation on iPhone 5C sales, much of it saying that production has been cut back by 50 percent or more. NPD, which is generally fairly accurate in its channel checks, is slightly more credible than others. These number make sense given that the iPhone 5S has been outselling 5C by a large margin, both in the U.S. and overseas.

NPD says there’s two reasons why the iPhone 5C is not selling well: the actual price, and the market perception that the price should have been cheaper. Apple is prioritizing profit over revenue, as per usual, while generally consumers felt that the product would come in perhaps half or two-thirds of the iPhone 5S’s price, rather than just $100 less.

The good news for Apple is that the iPhone 5S is selling incredibly well. That’s good for short-term profits.

The bad news, for long-term investors, is that iPhone 5C is not really achieving what some — particularly those outside Apple — saw as its goal: expanding the universe of potential iPhone owners, and thereby expanding Apple’s customer list in developing countries. That said, the 5C is a great iPhone in my testing and experience, and has the potential to do very well for Apple, if the company can just get over its self-imposed need for what some would call unrealistically high margin expectations.

Especially since the iPhone 5 is schedule to end production this quarter, and the iPhone 4S is likely nearing the end of its production runs as well. Which means that Apple will need a low-end model that isn’t a year or two old design.

Although, there are other options:

“Perhaps Apple could have avoided the effort it took to develop the iPhone 5c, and just continued selling the two-year old iPhone 4 at a lower price to address the mid-range segment,” NPD says, tongue halfway into its cheek.