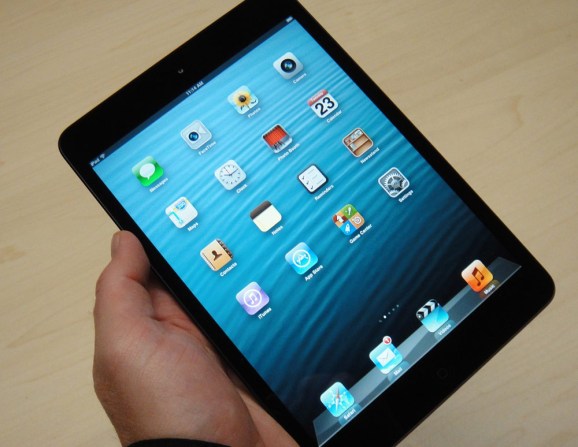 Peter Misek of Jefferies & Co says that Apple will be launching an iPad Mini at next week’s Apple Event in San Francisco, the “we still have a lot to cover” event.

“Our checks indicate that the Mini Retina is having production issues, but [we] think Apple is more likely to launch in CQ4 with fewer units than delay it to CQ1,” he said in a research note.

It’s pretty certain that Apple will be launching the new iPad 5 next week, but a Retina Mini? That may be the case, but it seems unlikely due to numerous issues that Apple has experienced getting the Retina iPad Mini into production. The company has faced huge challenges squeezing that many pixels into such a small space, and production yields — the percentage of manufactured display panels that are good enough to ship — have been very low.

Misek acknowledges that problem, but says Apple will push forward with limited quantities.

We expect a Retina Display iPad mini to be introduced at $329. Yields for Retina film based display for mini remain terrible, which is why there was speculation (i.e., Reuters) that the launch could be pushed out to CQ1. We think initial launch supplies could be constrained to as few units as 2-5M.

Misek has a history of incorrect Apple rumors, including that Apple would launch an online video service, that an Apple television called iPanel would be launched in 2012, and that it was in full production in August of that year, and that iPhone 5S would have NFC. So add a grain of salt to this rumor.

He’s not the only analyst with an Apple HDTV obsession — Gene Munster, we’re talking about you — but the challenging reality is that Apple works on, and builds, dozens of products that it does not end up shipping. Which makes life as an analyst difficult, of course.

Honestly, I’m hoping that Apple will indeed release a Retina Mini next week.

The company needs to reinvigorate its slumping tablet sales with something exciting and interesting, and a better-quality Mini would fit the bill. We’ve known Apple before to pull off last-minute technical miracles.

I’m just not betting on it.