Playing a Sonic game on anything but a Sega console will always feel strange to me. I still have strong memories of running through grassy hills and checkered loops as the speedy hedgehog — while playing on my trusty Genesis. To me, those adventures remain the blue standard.

The latest platformer starring Sega’s wise-cracking corporate mascot is exclusive to Nintendo’s Wii U (and 3DS, which I’m not reviewing here), adding to the widening chasm separating the Sonic maker from its hardware era. But even though Sonic Lost World, which hits stores on Oct. 29, features HD graphics and 3D gameplay, the title could have easily come on a cartridge — because it has a 16-bit soul.

A clever mix of 2D and 3D platforming
Sonic Lost World is a 3D platformer for the most part, so you’ll dash through plenty of stages that give you a 360-degree range of movement. In these levels, you can run in any direction, and they give you more areas to explore. You sprint down long conical courses that rotate as you dart left and right, revealing different paths for you to pursue and enemies to encounter. Certain zones have you skydiving from section to section, so, for example, you might soar from a huge Rube Goldberg machine-like segment to a spherical space where you’ll fight a boss. 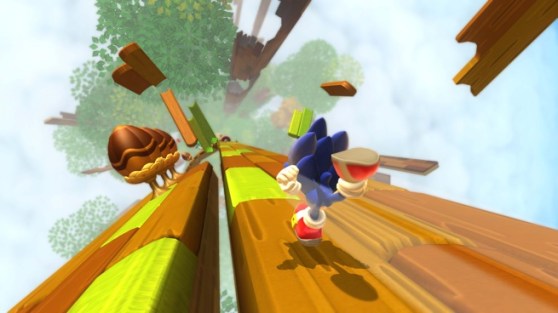 Above: Darting down a forest zone.

The 3D level design reminds me of the contained spaces and planetoids in the Super Mario Galaxy series. Players familiar with those releases could find a lot of enjoyment here.

Your abilities remain consistent throughout. The high-speed hero has his standard arsenal of jumps and homing attacks, but you now have to hold down a button to make Sonic run at full velocity. This adds more precision to the controls, helping you race through the increasingly difficult lost worlds more effectively.

Sonic looks sharp — even in motion
Lost World is a gorgeous game. It’s a shame that you zip through so many of its landscapes, because they deserve more attention.

Hilltops spring alive with perky flowers. Icy panoramas reflect bright whites and deep indigos. And standalone settings, like the sugary Des(s)ert Ruins, pop with a kaleidoscope of HD treats. Outside of some rare hiccups, the framerate is smooth, keeping pace with the blurry blue ball on the screen. 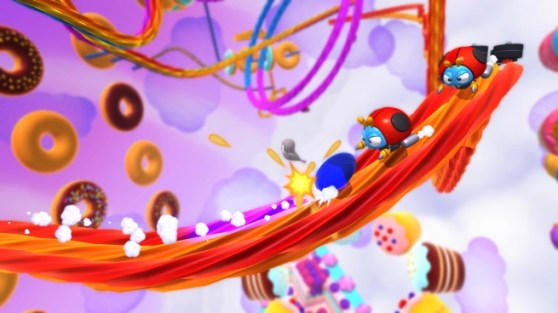 Above: The calorie-rich Des(s)ert Ruins level.

In all honesty, Sega should have called this title Sonic Colors instead of using the name for Lost World’s standard-def predecessor.

You’re fighting somebody new for once
While you run into Sonic’s archnemesis Eggman, also known as Dr. Robotnik, during Lost World’s single-player campaign, the main antagonists are the Deadly Six — a cadre of cartoonish monsters, each with a distinctive personality. The portly Zomom can’t seem to stop eating while Master Zik could double as a wise old master in a kung-fu movie. Zor and Zeena bring immature antics while Zazz just wants to cause chaos. The devil-like Zavok is the de facto leader of the bunch and serves as the straight man to his cooky crew. 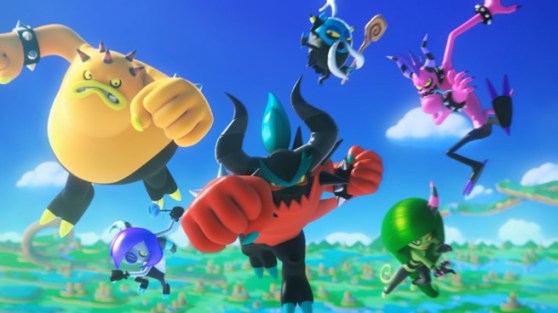 Above: You’ll need to defeat the Deadly Six to save the world.

The Six are a nice change of pace from the ever-present Eggman, and Sonic’s old foe plays an unexpected, albeit significant, role in the storyline, so he remains a key part of the universe.

Old-school difficulty is OK, but cheapness is not
Back in the days of three-button controllers and limited continues, players had to really hone their skills to beat a title. Lost World taps into the pixelated past, delivering an experience that’ll kick your ass.

You might not realize this when playing through the first few stages, but once you get to the latter third of Sonic’s latest quest, you’ll be clinging to your lives like precious chaos emeralds.

Hey, I have nothing against a good challenge, and I do feel players have grown soft from modern offerings that won’t stop holding their hands. But Lost World will smack you in the face with its cheapness, and it’ll do it with a snarky smile. 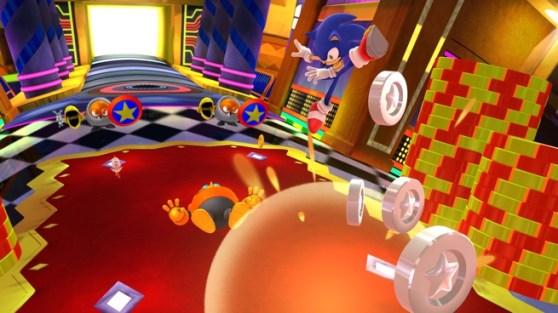 Expect to die … and die … and die again. You’ll fall into unforeseen bottomless pits, accidentally lock on to enemies that will resist your attacks, and grind down rails dotted with blood-pressure-raising bombs. You’ll deal with a camera that won’t pan down at times, forcing you to jump blindly to your doom. And you’ll shoot through tubes of death that hold a menagerie of sadistic traps that’ll make you want to throw your expensive Wii U Gamepad at your more-expensive TV.

Unfortunately, this homage to the unforgiving days of yore made Lost World less enjoyable for me. The escalating obstacles also broke up the satisfying flow that the first few zones offered. I found myself running less, and the constant dying also broke my rhythm.

Some people will love this. I get that. And while I made it to the end, the cheapness of the later challenges only brought me frustration.

Wisps are somewhat worthless
The aforementioned Sonic Colors introduced alien Wisps that imbue Sonic with special powers. These characters return in Lost World, and they let you do things like fly through the sky and drill down into the earth. But the game doesn’t properly reintroduce them. They’re just there, and their sections are short and uneventful. 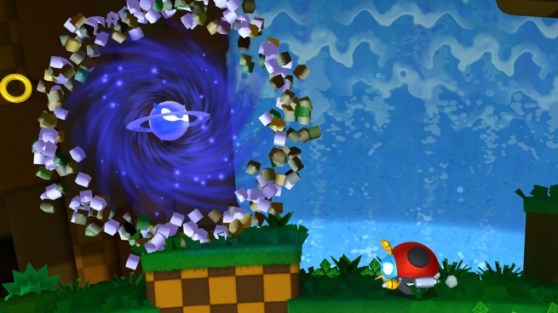 Above: Sonic uses one of his Wisp powers.

I almost wonder if the developers brought the Wisps back as an arbitrary way to highlight the Gamepad’s touchscreen and gyroscopic functions.

Sonic Lost World is beautifully brutal. More important, however, is that it’s a worthy addition to Sega’s most beloved franchise. Considering the Japanese publisher’s recent inconsistency with its top mascot’s endeavors, this is good news.

After all, many Sonic games have tested my talents, and Lost World’s late-onset thumb-blistering difficulty evoked a period where I would feverishly slam shiny black pieces of plastic into my favorite 16-bit console to get my gaming fix.

And, come to think of it, that’s pretty high praise.

Sonic Lost World releases on Oct. 29, 2013 for the Nintendo Wii U and 3DS. The publisher provided GamesBeat with a Wii U copy of the game for the purpose of this review.