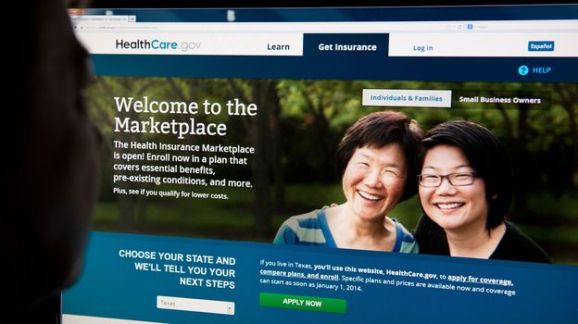 HealthCare.gov, a site that was bedeviled with error messages and bugs

The government is shifting its tone in taking responsibility for some of the technical issues with the federal health exchange.

In a blog post today, the Department of Health and Human Services (HHS) admitted that the issues with HealthCare.gov must have been “frustrating” for Americans. HHS estimated that 19 million people flooded to the site to shop for health insurance under the Affordable Care Act.

Two weeks after the site launched, people are still struggling to search for health insurance, or even login.

The press have pointed the finger at one of the two-dozen government contractors, tasked with developing and managing HealthCare.Gov. Outside experts queried whether the site was run on cloud technology, which is equipped to handle huge spikes of traffic.

“We continued to add more capacity in order to meet demand and execute software fixes to address the sign up and log in issues…  Today, more and more individuals are successfully creating accounts, logging in, and moving on to apply for coverage and shop for plans… We know there’s still more work to be done,” the blog post states.

In response to the flood of criticism, HHS has promised to recruit the “best and brightest” to fix some of the remaining issues with the federal exchange.

HHS did not explain in depth how it plans to recruit technical consultants and engineers for help. However, VentureBeat has reached out to HHS for comment, and we’ll update you as we learn more.

HHS also asked consumers to provide feedback, especially from those who have experienced problems with the system. The blog post also acknowledges that the “virtual waiting room” that was set up to inform consumers of the delays proved to be “confusing.”

The good news? The post claims that half a million people were able to apply for health insurance, and fill out a registration form to determine their eligibility.

Lauren Fifield, a health policy strategist with Silicon Valley startup Practice Fusion, works closely with government agencies, including HHS and the Food and Drug Administration. She said the post on the shortfalls is “encouraging.”

“As many entrepreneurs know well, developing the perfect product at the outset isn’t possible and most often isn’t the goal,” she explained. “Instead, successful entrepreneurs make it a goal to be the best at responding to user feedback and market needs and navigating complex issues with agility and quality engineering.”

The blog followed remarks from Treasury Secretary Jack Lew on NBC’s Meet the Press saying officials are working around the clock to fix the problems. Lew also announced that the White House will stage an event Monday to discuss how to remedy problems with the exchanges.

HHS is a federal agency, so the blog post did not address technical problems with the state-run exchanges. These exchanges, particularly those in California and New Mexico, have been a bit more reliable than HealthCare.gov, but consumers have still experienced shutouts, delays, and error messages.

HealthCare.gov will be down from 1 a.m. to 5 a.m. every day this week for maintenance and tests.