Windows 8.1 may be exactly what Windows 8 should have been, but that doesn’t mean it’s entirely stable.

Microsoft announced on Saturday that it’s pulled the Windows RT 8.1  update from the Window Store after finding that it was bricking users’ device.

While it’s still unknown just how many devices were affected, some users are reporting getting a blue screen and a message telling them that their” “Boot Configuration File is missing some required information.” Pretty vague.

If you were unlucky enough to have been affected by this, here’s a fix. 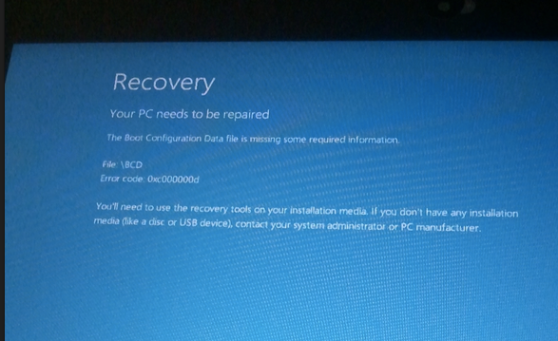 Above: Helpful, Windows. Thanks.

The rough news follows an equally rough launch for Microsoft, whose servers have been slammed over the past few days as Windows 8 users rush to upgrade their machines. Perhaps a few them would have been better off waiting a few more days.

What’s especially bad, though, is that Windows  8.1 has been cooked since late August, giving Microsoft and its hardware parters almost two months to spot these sort of issues. Or so you’d think.

Here’s the company’s full statement, which doesn’t mention when the update will get back online.

Microsoft is investigating a situation affecting a limited number of users updating their Windows RT devices to Windows RT 8.1. As a result, we have temporarily removed the Windows RT 8.1 update from the Windows Store. We are working to resolve the situation as quickly as possible and apologize for any inconvenience. We will provide updates as they become available.