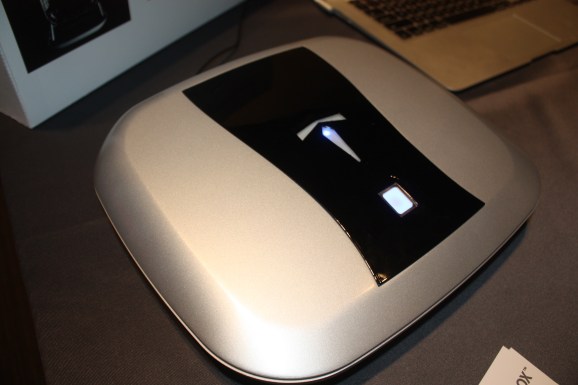 The Gun Box uses fingerprint ID to access your gun.

When guns fall into the wrong hands, tragedies can happen. The makers of The Gun Box want to change that with a high-tech box that can only be opened with a fingerprint scanner or radio devices.

The basic version of The Gun Box sells for $300 ($225 for special pre-order) and it has a biometric fingerprint scanner that can hold multiple fingerprints. That means it can only be opened when you swipe your fingerprint over a biometric scanner, or when you scan a radio frequency identification (RFID) ring or wristband across it. The case is made of an aircraft-strength aluminum alloy, so that it is very hard to break open.

A more advanced premier version sells for $475 (or $390 under a special pre-order). That also has GPS tracking service on it. If someone moves the device, then you’ll get a text message notification alert, and you’ll also be able to track where it is. The maker of The Gun Box is RPH Engineering.

The company, based in Lehi, Utah, and its product are the brainchild of Ryan Hyde, who has been inventing, manufacturing and designing products since 1990. He said in an interview at the recent Pepcom holiday gift event in San Francisco that he believes in responsible gun ownership. That means that parents should keep their guns safe from kids or intruders.

An adult could hide a gun in a safe, but Hyde said that if intruders come, chances are that the adult won’t be able to open the safe in time to get the gun. Because of that concern, many people put loaded guns under their mattresses or pillows. But that makes it risky if there are kids in the home.

Guns equipped with fingerprint identification grips can accomplish the same thing. But Hyde views this box as an extra layer of defense. And he said that a small percentage of guns have been sold with the fingerprint ID grips.

The Gun Box is raising money in an Indiegogo crowdfunding campaign. So far, the company has raised $73,657 out of its goal of $100,000 with eight days to go.