Intuitive Motion, the maker of an electric skateboard you control by leaning forward and back, is making a version of its skateboard that looks an awful lot like the hoverboard Marty McFly rode in Back to the Future. 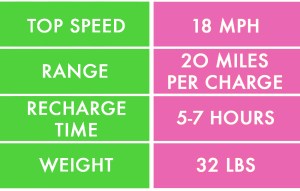 It doesn’t actually hover, and it doesn’t require 1.21 gigawatts of power. But the ZBoard Hoverboard’s 20 amp-hour battery can propel this thing down the street at up to 18 m.p.h., which should be more than enough to give you the illusion of flight, if not actually create a temporal displacement.

ZBoard, which normally sells its boards for $650-$1,200, is selling this model for $1,500 through an Indiegogo fundraiser. Proceeds from the sale of this board will go to benefit the Michael J. Fox Foundation, which supports research to end Parkinson’s disease.

If $1,500 is too heavy for you, you can sponsor the project for $75 and get some bright pink grip tape that will make your current skateboard look just like McFly’s.

Of course, you’re going to want some Marty McFly sneakers to go with it.

Check out the video and some extra photos from ZBoard below. 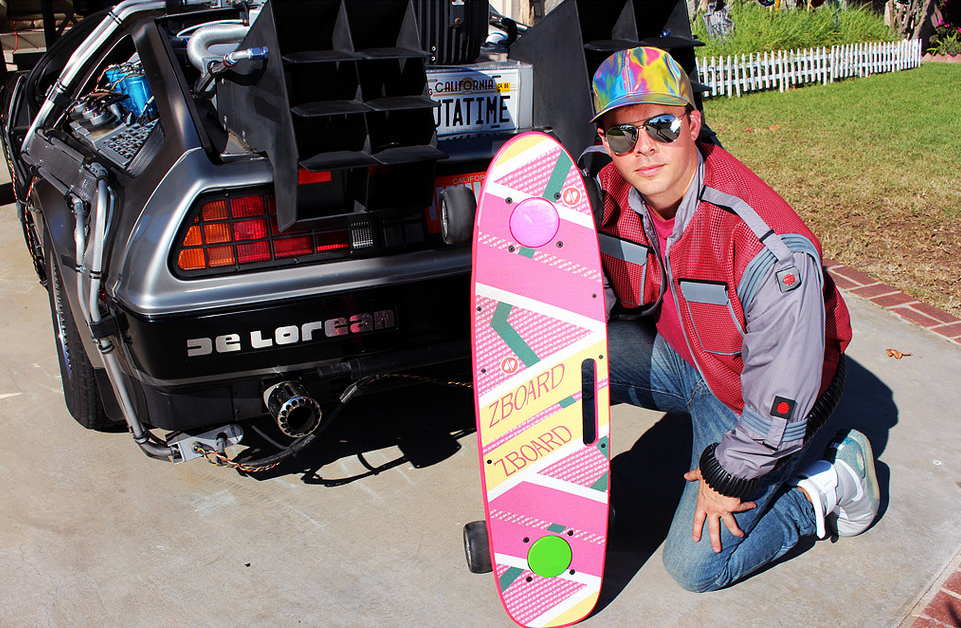 Above: If you’ve got a hoverboard, you’re surely going to want a DeLorean to go with it. 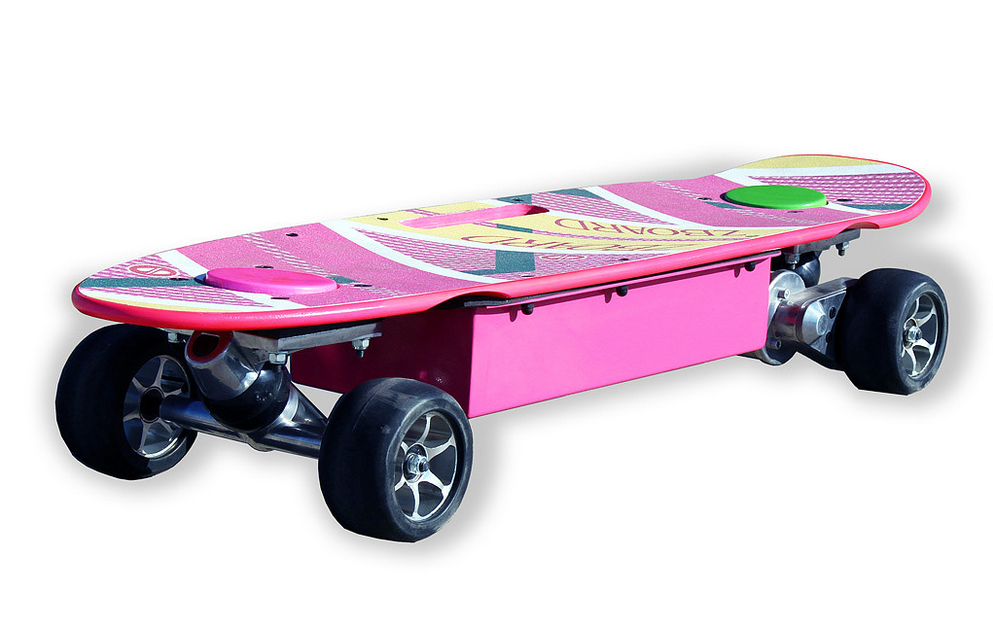 Above: Too bad the hoverboard doesn’t actually hover. Instead, it’s got a powerful electric motor to drive the wheels.