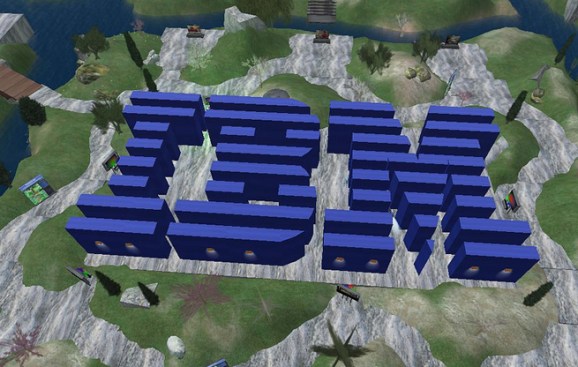 Big Blue has won a much-needed victory in the ongoing battle for the government’s cloud dollars, after its tussle with Amazon over a CIA contract fell flat in court.

IBM has inked a five-year, $30 million deal with the U.S. General Services Administration (GSA) to provide cloud infrastructure for a new order management system, the company announced today. The federal agency will use the analytics software baked into IBM’s SmartCloud to improve its global supply chain, serving as a more efficient broker between commercial vendors and its government, military, and civilian customers.

“This will reduce costs, creating more efficient outcomes for GSA customers, and ultimately translate into a benefit for the taxpayer,” said Anne Altman, general manager for IBM U.S. Federal, in a statement.

IBM has invested billions in its data center infrastructure over the last few years — and acquired cloud infrastructure provider SoftLayer — in hopes of snagging valuable enterprise and government contracts like this one.

It takes a significant initial investment to adhere to the government’s strict security standards, but there’s immense value (beyond the contractual dollar value) in providing cloud services to a major government client. These government deals affect the overall perception of a cloud vendor, which might sway enterprise customers that are on the fence about which cloud provider to choose.

IBM is obviously a heavyweight in this category, with a long history of federal partnerships, but it’s facing strong competition from companies like Amazon and Microsoft (which recently announced Azure for Government).

IBM also provides cloud services to the Department of Defense, but it recently lost out to Amazon in its effort to seal a $600 million CIA contract. IBM plans to appeal a recent decision from the U.S. Court of Federal Claims awarding the contract to Amazon Web Services, which won the original bid.

IBM’s cloud computing revenue doesn’t yet match the company’s investment, but it’s growing quickly, exceeding $1 billion for the first time this past quarter.