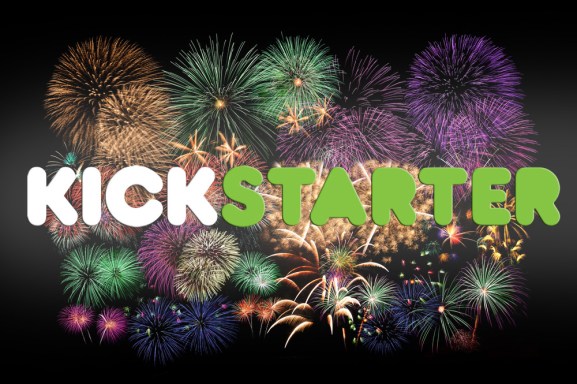 The folks at Kickstarter are probably pretty stoked right now

More than five million backers have successfully funded over 50,000 creative projects on Kickstarter, according to the company’s stats page, cementing Kickstarter as the world’s leading crowdfunding platform.

Indiegogo already had a firm foothold in the crowdfunding market when Kickstarter launched in April 2009, but New York-based Kickstarter quickly rocketed past the competing platform to become the dominant crowdfunding website. In more casual circles, the Kickstarter brand is synonymous with crowdfunding.

And with the numbers Kickstarter is posting, it’s easy to see why: At the time of this report, more than $837 million total has been pledged to Kickstarter projects, which have a 43.9 percent success rate. Of the total money pledged, $718 million has actually made its way from backers’ wallets to campaign owners (minus Kickstarter’s 5 percent cut, and another 3 percent to 5 percent for Amazon Payments’ credit card processing fees).

Even as it edges closer to a billion dollars pledged, Kickstarter has stuck by its indie vibe, carefully curating the projects it allows on the platform to make sure they’re in-line with the company’s creative vision. Kickstarter is entirely uninterested in offering crowdfunding for equity, which Indiegogo and other platforms are readily considering as the Securities and Exchange Commission works on implementing the JOBS Act (the long overdue Title III will legalize equity crowdfunding for unaccredited investors).

People all around the world can back Kickstarter projects, but only residents of the United States, the United Kingdom, and Canada can launch a project — one area where Indiegogo still has the advantage. But Kickstarter is slowly expanding to additional countries: support for Australia and New Zealand is coming Nov. 13, with more to come down the line.

Some of the most high-profile Kickstarter projects include the Pebble smartwatch and Ouya game console, which raised $10.2 million and $8.6 million through the crowdfunding platform respectively, although most successful Kickstarter projects garner less than $10,000 in pledges.