Sid Meier is a game designer’s game designer, with titles under his belt such as Civilization and XCOM: Enemy Unknown. So it’s a big deal that Meier has turned his attention to mobile games with the announcement today of Sid Meier’s Ace Patrol: Pacific Skies.

The game is a sequel to Sid Meier’s Ace Patrol and will be published by 2K Games and Firaxis Games on the Windows PC via Steam and the Apple iTunes App Store for the iPad, iPhone, and iPod Touch. 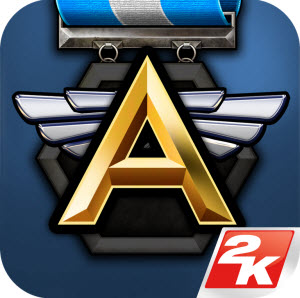 Meier said in an interview with GamesBeat that he enjoys the ability to make a mobile game with a small team, in contrast to the giant teams needed to make heavy-duty PC or console games. And he wants to engage players on any platform that they’re using.

“I’ve had a fair number of requests over the years to do another turn-based aerial combat game, set in World War II,” Meier said. “It’s a rich topic, juxtaposing American planes that were fast and powerful with Japanese planes that were very maneuverable. This one has a board game look and feel. It starts out easy and grows over time.”

He added, “We are always trying to make our games as accessible as possible. On mobile, we can do that on a smaller budget, iterate through more ideas, and be more innovative.”

Meier and Firaxis released their Sid Meier’s Ace Patrol game on iOS via 2K Games in May. They published it on Steam in August.

Pacific Skies is a turn-based strategy game that simulates the tactics of aerial combat in World War II. This title takes players to the Pacific theater of the war. It allows players to personalize a pilot profile and upgrade aircraft along the way as the player fulfills a variety of missions. Players can pilot some of the most iconic American and Japanese fighter planes from the army or navy aviation divisions. Battles cover Pearl Harbor, Midway, and Guadalcanal.

The title is part of a series of downloadable games designed by Meier with inspiration from the war stories of famous military aviators.

The audience for this type of game is usually a PC player, and that’s why there’s a Steam version for the PC. But the power of tablets has become appealing to Meier, and he liked the challenge of creating a game for both a touch interface and a mouse. Meier said he still likes the PC as a platform, particularly as a proving ground for experimental titles.

Meier is an old pro at flight games. He created flight simulators such as F-19 Stealth Fighter in the 1980s while at MicroProse. He’s a fan of revitalizing history through games, making the history books more entertaining to new generations of young people.