“We always kept in mind that it was a controller for a platform and not just for our games,” said Tommy de Roos, the lead gameplay programmer at Guerilla Games, makers of the first-person shooter (and PS4 launch title) Killzone: Shadow Fall. “Of course, we tried to push the things we really wanted forward. Every studio pushed for their own thing. We pushed for the headphone jack. I think [Drive Club developer Evolution Studios] pushed for better gyros, because they want to experiment with steering there. It was a mix.” 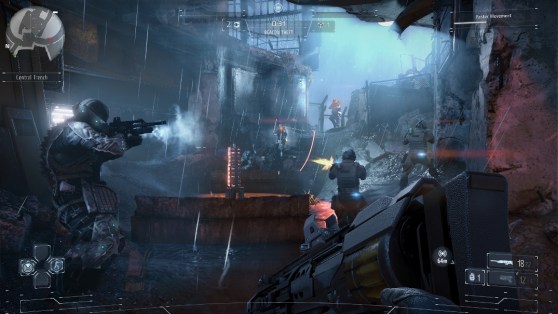 Above: Killzone: Shadow Fall for the PS4.

You know what they say about old habits, though. “They were fixed on how they would use [the DualShock 4] in their shooter games.” said Aoki of Guerilla, adding that he heard a lot of “this thing would just not work with our game” from various developers on the different prototypes. Sucker Punch Productions is working on a new Infamous, for example, so that group also wanted a more traditional control scheme for its open-world action series. These teams were already working on their respective launch titles (which may not necessarily mean “at launch,” by the way), so going crazy on controller design seemed less appealing to these game makers.

Aoki estimates that about half the developers Sony talked to wanted to make incremental improvements to the status quo, and the other half had an “anything goes” attitude, mainly from those who were just wrapping up their PS3 titles and didn’t have a PS4 project started yet — and therefore, didn’t have any plans locked in.

But different studios specialize in different genres, and it’s impossible to please everyone. So Sony would only seriously consider something if approximately 80 percent of the feedback supported that — much tougher than a simple majority vote. 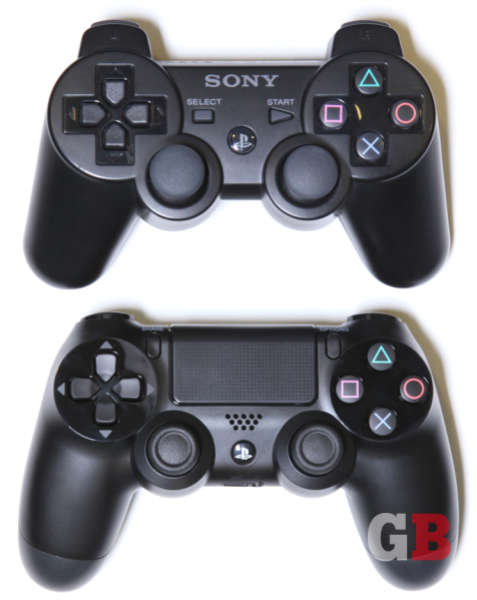 In the end, Sony stuck to tradition as far as analog-stick placement goes. “The feedback from the user test team said that we needed to test this version, the Xbox version, and this version,” said Aoki. “[But having the two sticks symmetrical on the left and right sides] is kind of in our DNA. The prototype team, myself, and also the management team really felt that having this look is the PlayStation look, and we had to keep that.”

The DualShock 4 does have a bunch of small improvements that you may not even notice unless someone pointed them out to you (which we plan on doing in this series) — the angle on the edges of the analog pads, the indentation on the D-pad, the spacing around the face buttons, etc. They’re almost all noteworthy. Trust us that you won’t ever want to go back to the DualShock 3 after reading about these. But none of these tweaks are as noticeable or obvious as the new touchpad, sitting in the middle of the controller.

It has a touch-sensitive surface that recognizes positional finger presses and small swipes, like a miniaturized iPhone or Wii U GamePad. You can click the whole touchpad, too, as if it were a single oversized button. But despite its monolithic presence, there’s literally nothing to look at here. “A touchscreen was another idea that we had,” said Aoki. “We actually tested it, but [besides cost factors], our game teams felt like having to look down at the controller is not what they want to do. They want to have the consumers concentrated on the big picture that they show [on the TV].”

Sony toyed with many different iterations of touch-this and extra-screen that. The PlayStation 4 will have a lot of companion devices, such as tablets that can display extra info or the PS Vita portable gaming system as a “Remote Play” controller. But the product folks originally looked at a lot of those as possible primary sources of input. “The game teams had ideas,” said Aoki. “Some tried out [all-touchscreen controls], actually. They felt that it would be a good new input which the buttons or the sticks can’t do.”

Those ideas included a single touchscreen replacing the main face buttons (X, Square, Triangle, and Circle), which was one of the early considerations. (“The vote on that was probably 100-0,” said Aoki, laughing.) Sony also tried a touchpad on the rear, similar to the PS Vita. In its offices is even one prototype where people can move a touchpad around to different spots on the controller.

But the familiar PlayStation layout trumped all. When you buy the PlayStation 4 this November, the touchpad will be right in the center of the controller, but all the sticks, triggers, and buttons are where everyone expects them to be. “The developers love the touchpad, but only as the secondary input,” said Aoki. “Of course, as it evolves and people get used to the touchpad, it may become more primary.”