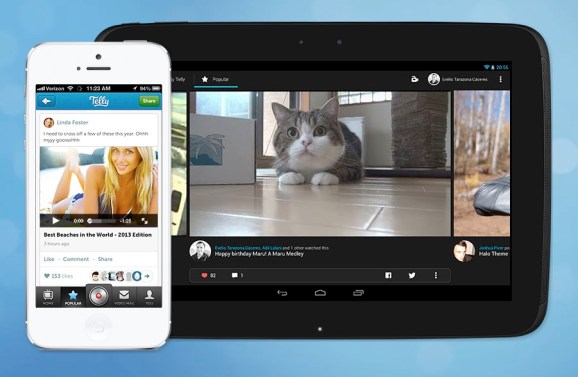 Telly, which relaunched as a social video site back in 2011, algorithmically generates videos that interest you on Telly’s website and mobile apps, based on what your friends have liked, posted, watched, and discussed. It competes with a slew of other services that pretty much do the same thing, including the recently acquired Waywire.

“We closed a round from a large media investor outside the U.S. We have *really* exciting plans for the product, coming up,” Telly CEO Mo Al Adham told VentureBeat via email.

The $3.4M investment is part of a larger round of funding according to the SEC filing. With the first part of the investment happening earlier this month, Telly could raise another $5 million within this round, which would be its second to date.