New game technologies are sprouting practically every day, even as Microsoft and Sony are just about to launch their brand new video game consoles. 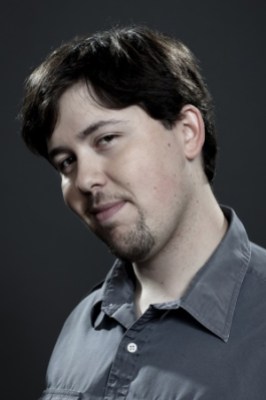 When the new generation of video game consoles arrive this holiday season, they won’t be alone. The PlayStation 4 and Xbox One will compete with smartphones and tablets, with set-top-boxes, and with a new wave of personal computers touting virtual reality and motion control. Just over the horizon lies the Steam Box and the potential of
Linux as a game platform, while cloud gaming suggests that gamers might eventually not need a box at all. VR? AR? 4K? 3D? We’ll sit down with two industry veterans to try to predict which technologies will make waves this generation, and which will fade away.

We’ll evaluate the future of game technologies at our GamesBeat 2013 conference in a three-way session. The event is Oct. 29-Oct. 30 at the Sofitel Hotel in Redwood City, Calif.

Here are our panelists:

The moderator is Sean Hollister [right], one of the founding editors of The Verge, a website that covers technology, culture, art, and science. He primarily covers gadgets, games, chips, computers, and other cutting-edge technology.

This session fits well with our theme. We’ve entered the Battle Royal, an era where many firms are vying for gamers’ time. Apple and Google want to get in the living room and are waging war against Nintendo and Sony. Microsoft already has an edge in living room entertainment with its Xbox Live service, but it wants a piece of mobile as well. It’s a confusing time for gamemakers. Where should they take their titles? Which platforms will provide the best experiences? Who will make them the most money?