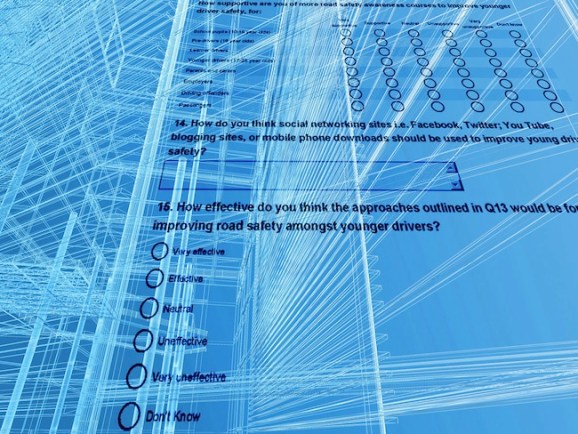 In our coverage of technology disruption, there’s no hotter sector right now than data analytics.

That’s why I’m excited about DataBeat, VentureBeat’s first event focused exclusively on how data science and data analytics are driving change and opportunity in business. It will be held in Redwood City, Calif. on December 4 and 5.

I’m also excited to announce that we’re partnering with the producers of the Data Science Summit, an event that launched three years ago to explore the biggest issues in data science. It was nurturing the data science community before “big data” got trendy.

By combining the Data Science Summit with DataBeat and hosting them together in one place, we’ll be able to offer an unparalleled cross-section of ideas and experts from data science, analytics, and the business of managing big data.

Here are some of the speakers we’ll hear from at the event. See the full list here. We’ll be announcing more over the next few weeks.

The partnership was born a few months ago, when I met Richard Snee, chief marketing officer at Pivotal, the company behind the Data Science Summit. We had a quick meeting of the minds. We brainstormed to create an event that would cut through the “big data” noise. Instead, it would host the thought leaders of the big data practitioners, along with real customers that have benefited from data science.

We also agreed we wanted to make it open to all companies. VentureBeat is an independent media company, and our mandate is to help people make better decisions around technology. Our readers know we’re fiercely independent from any sponsors or advertisers.

So while Pivotal is a platinum sponsor of DataBeat, this event will be agnostic regarding technology providers. What I liked about Snee is that he’s enlightened enough to know that any data platform (Pivotal products included) needs to be open and interact with other players. For DataBeat, Snee and I are actively inviting Pivotal’s competitors to participate, be it Teradata or IBM on the more established side, or companies like Cloudera, or Hortonworks on the disruptive side.

When we looked at the event landscape, we noticed few events bring together the business side of big data with the data science community. At DataBeat/Data Science Summit, we’ll do just that: blend VentureBeat’s strength in covering the business opportunity offered by disruptive technology, together with the smart data scientist community nurtured by the Data Science Summit.

Why come to the event? Well, you may be a decision-maker — in technology, or in marketing, or another business unit — working at one of the thousands of companies needing help make better decisions based on real data. You may also be looking on in awe at the phenomenal success of companies like Google, Amazon, LinkedIn, Facebook, and Netflix, all of which have used smart algorithms and data to disrupt their respective markets and create multi-billion dollar companies.

The thing is, those companies were also somewhat lucky: They were trailblazers of the consumer web, and their business models required them to let data drive their decisions early on.

For the rest of us —  those of us in most other industries — we’ve been left in the dark ages, comparatively. We’re all struggling to hire the right people, to track the right data, and to make the right business decisions. Enterprise companies are dying to build apps that mimic the speed, design and scale of the popular consumer apps.

DataBeat/Data Science Summit will help you get a handle on this incredibly rich, fast-moving, and complex array of technologies and opportunities.

The drumbeat of news about disruption caused by analytics is relentless — even shocking. New data analytics start-ups are popping up daily, often with hefty rounds of funding. These emerging companies offer an endless ways to slice data. Take Mode, which launched this morning, giving data scientists a way to collaborate just as Gilt gives developers a way to do so. Or in just another example today, Roambi launched Roambi Analytics 7, a new product that enables you to take any data (spreadsheets, HTML tables, CRM reports) and visualize them in interactive graphs and charts on your smartphone.

These companies are pouring out of the woodwork because of vast demand for their services. Analyzing data is the lifeblood of every company. Increasingly, too, there’s talk of a data “divide.” The winners are those who are applying data to get ahead. The losers are the ones sitting on the sidelines, scratching their heads over what data they’ve got and what to do with it. Which side will you be on?

Join us at DataBeat/Data Science Summit, and move yourself into the winning column this December!

Early Bird tickets expire this Friday, October 25. Grab your tickets now to save 25%.