The rumors are true: Nokia’s next Windows devices are all about big, beautiful screens.

Today at its Nokia World event in Abu Dhabi, the Finnish phone company unveiled the Lumia 1520 and 1320, the first six-inch Windows Phones. But Nokia didn’t stop at six inches: It also announced the Lumia 2520, a 10-inch tablet running Windows RT 8.1. [Also: Nokia unveiled some updates to its low-end Asha line.] 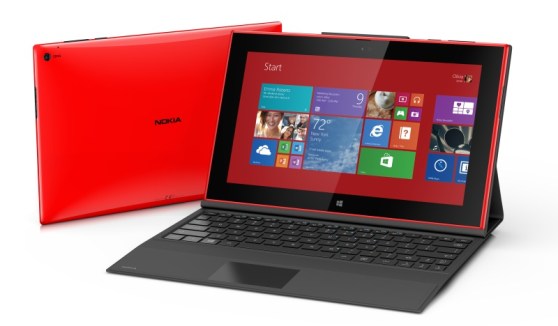 Above: The Nokia Lumia 2520 tablet

The two new Lumia phones are sure to satisfy the desire for big-screen phablet phones, or phones that are so large that they step into tablet territory (like Samsung’s popular Galaxy Note line). The Lumia 1520 serves as Nokia’s big-screen flagship, with a 1080p resolution display, a quad-core Snapdragon 800 processor running at 2.2 gigahertz, and 20 megapixel Pureview camera (the same shooter as the Lumia 1020’s fantastic camera). The lower-end Lumia 1320 sports a 720p display and a less capable camera.

Both phones offer a new way to look at Windows Phone. Since their screens are so large, they give you a third row of icons on the Windows Phone start screen. For the most part, typical Windows Phone apps will just appear slightly larger on the new Lumias, but Nokia has also partnered with DreamWorks Animation, Flipboard, Vine, and Electronics Arts for apps updated to take advantage of the bigger screens. DreamWorks developed Dragons Adventure, an interactive game based on the film How to Train Your Dragon, which takes advantage of Nokia’s mapping and augmented reality technology.

As for Nokia’s Lumia 2520 tablet, it will be one of the few Windows RT devices on the market when it lands later this year. To refresh: Windows RT is the stripped-down version of Windows 8 meant for devices powered by low-power ARM processors. It debuted with last year’s Microsoft Surface, but since then the sluggish performance and the limited number of Windows 8 apps (RT can’t run older Windows software) has led just about every other manufacturer to abandon RT.

In a strange way, the Lumia 2520 will be in competition with the Surface 2, Microsoft’s revamped RT tablet (which also happens to go on sale today).

The Lumia 2520 comes with a 10.1-inch 1080p screen, the same fast processor as the Lumia 1520, and 4G LTE built-in. It also has the ability to charge its battery up to 80 percent in one hour, as well as a 6.7 megapixel camera — which obviously won’t hold a candle to the Pureview shooters in Nokia’s Windows Phones.

To coincide with its new big-screen devices, Nokia has also developed a few new apps of its own: Nokia Video Director lets you shoot and edit videos from the 2520; Nokia Beamer lets you share your phone’s screen with any device with an HTML5 browser; and Nokia Storyteller can create picture journeys using location data from images.

While I can understand Nokia’s impulse to go big with Windows Phone, I wish the company had focused its efforts on building a more well-rounded Lumia smartphone for mainstream customers. Nokia needs those buyers far more than the niche set who would want a gigantic 6-inch Windows Phone. The Lumia 1020 was its best offering so far, but its high price didn’t make it appealing to typical consumers.

The Lumia 2520 tablet seems more intriguing, since there’s still plenty of untapped potential in Windows RT. (Thought it’s certainly telling that all other computer companies have jumped ship from RT.) 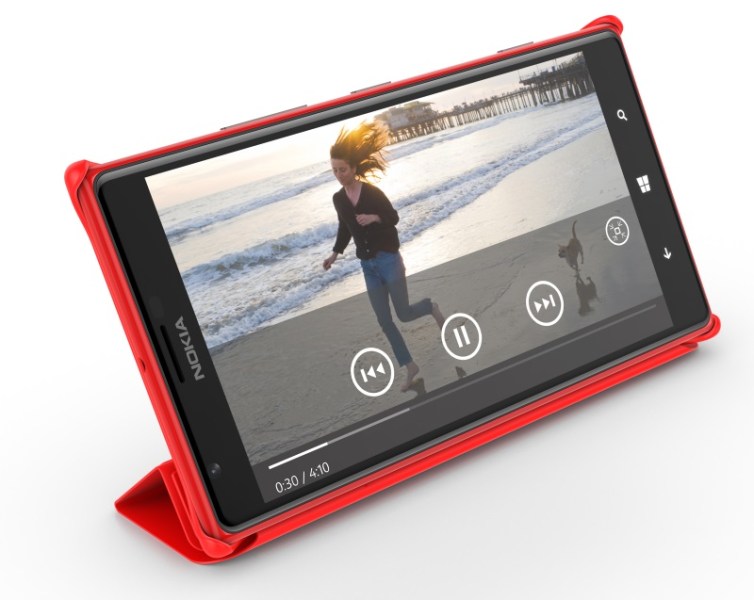 Above: The Nokia Lumia 1520 Windows Phone