Almost no one’s seen it in person, handled, it, and played with it, but public reaction on Apple’s new iPad Air is massive and very positive. So, a bit surprisingly, is public sentiment around the new version of Apple’s OS X, Mavericks.

“Public reaction predicts sales, not media reaction,” a company representative told me via e-mail. “The Mavericks operating system and the iPad news attracted the most attention while news about the MacBook and MacBook Air upgrades lagged behind.” 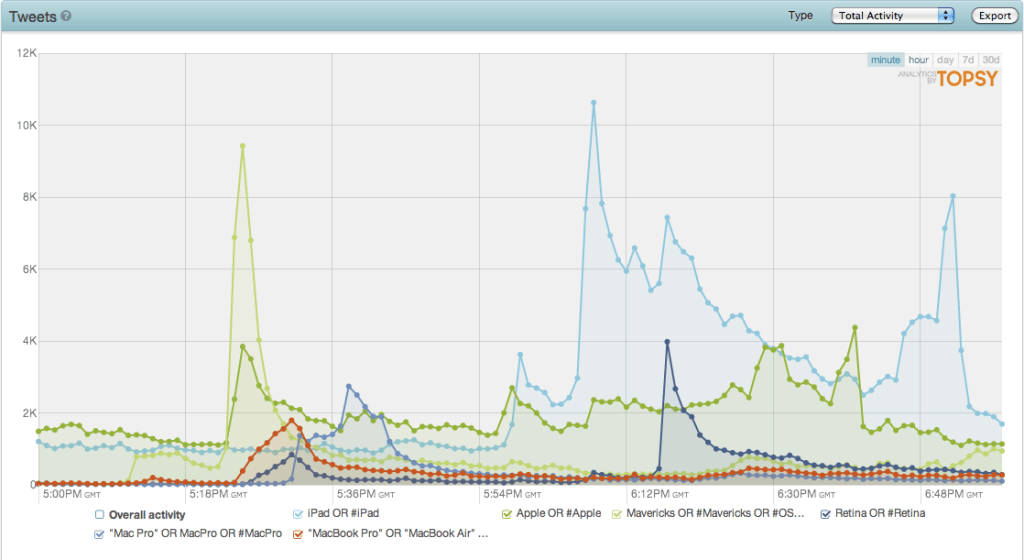 Apple’s new iPad was the focus of the most tweets, with 323,000 between 10 a.m. and noon Pacific, the period of Apple’s announcements. Overall activity, however, was almost a three quarters of a million tweets in just those two hours, with “Apple” coming in a close second, and “Mavericks” coming in third.

“Taking a closer look at the iPad news reveals the slimmed down iPad Air captured the most public attention,” Topsy said.

That makes sense, of course, as this was the iPad event, after all. While we were expecting an iPad 5, the slimmer, lighter, thinner iPad Air, with a 64-bit chip and improved cameras, had strong positive sentiment on Twitter.

The most positive, however, was reserved for Mavericks, perhaps due to its price. Positive tweets outweighed negative tweets by a factor of 3-to-1 or higher over the course of the Apple presentation, peaking later in the presentation. 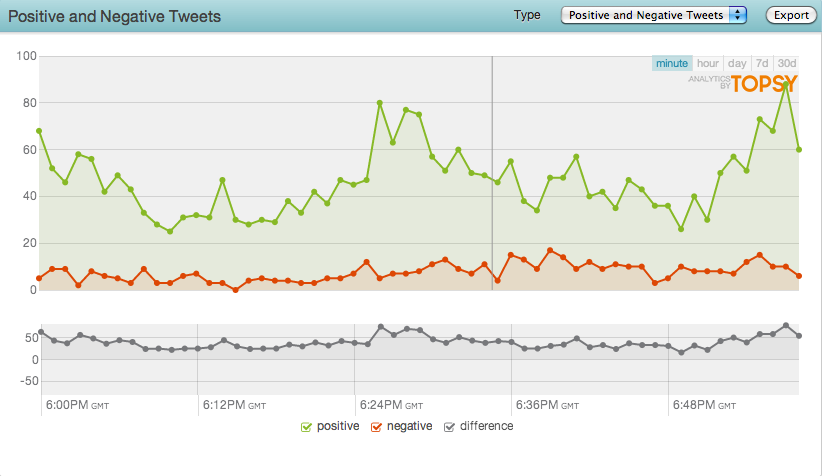 If indeed public reaction on Twitter predicts sales, Apple will have a very merry Christmas indeed.