So, you picked up Skylanders Swap Force and are now faced with a terrifying reality: Seeing everything in the game means you’re buying at least six more Skylanders figures on top of the $75 starter pack. Without a little help, you might spend another $100-200 on toys that may or may not enable you (or your children) find all the legendary treasure and collectible hats!

Skylanders Swap Force is the latest installment in the Skylanders series and is available on all current-gen consoles as well as the Nintendo 3DS. Each game focuses on a set of magical guardians that correspond to eight different elements: life, earth, fire, water, air, undead, and tech. Various bonus areas can only be unlocked by Skylanders of a certain type, so you need at least one of each element to open all the gates and find the goodies inside.

Swap Force further complicates this by introducing swap abilities. On top of having an elemental affiliation, special toys that can break apart and mix up their top and bottom halves — and effectively combine two elements in one figure — also have additional abilities that activate “swap zones.” Each zone lets you play an extra mini game focused on a particular movement type like digging, teleporting, and even flying through rings. Unlocking all the bonus levels, powers, and wearable items in Swap Force requires you to have toys that correspond to the initial eight elements and the eight swap abilities.

The purpose of this guide is to help you see everything you can in Skylanders Swap Force without buying all the available toys. Through special promotions, bundled figure sets, and a little patience, you can avoid spending over $200 just to gather all the loot hidden in Swap Force’s labyrinthine levels.

Collecting on the cheap

Before we start, you should know that it is possible to play through the entire Swap Force story with the three figures included in the starter pack. You’ll only have two swap abilities and one of the smaller characters, but they’re certainly enough to make it through the game at a leisurely pace. The downside is that you won’t have the option to play through many of the mini games and or take advantage of special elemental challenges. That’s what makes Skylanders so addictive: Everywhere you look, you’ll find at least one door you can’t open until you invest in more heroes.

The cheapest solution for anyone playing Swap Force is to concentrate on just buying the swap ability characters and eventually pick up one of the Giant toys if you don’t have any left over from Skylanders Giants. So, on top of the three figures in the starter pack, you’ll need an additional seven toys to unlock everything. Here are the Skylanders currently available, along with their prices: 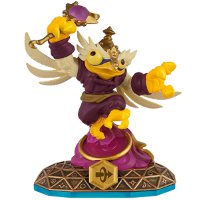 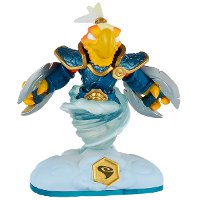 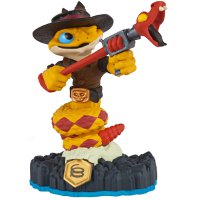 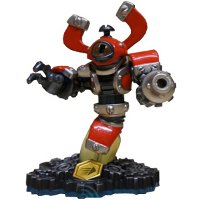 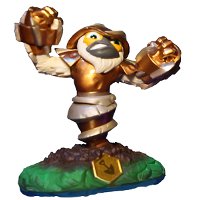 The damage for the available Swap Force characters (if you’re buying each figure individually) is $75 before tax. Some stores are selling a two-pack of Rattle Shake and Magna Charge for $25, which would bring your figures total down to $70. If you decide to get these toys, you’ll have all eight elements! Your starter pack comes with fire, water, and life Skylanders, which means all you need now is a Skylander with the stealth ability and a Giant to help you unlock special chests.

For the Giant, I recommend Crusher. He’s my favorite of the last series toys, largely because both his shoulder and eyes light up in a very dramatic way. All the Giants have LEDs in them, but his just look a bit cooler. Plus, he’s still readily available at most larger retail stores. 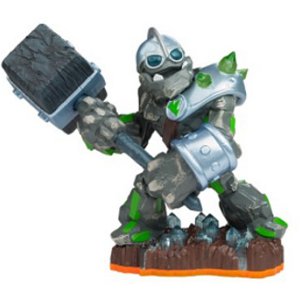 Your total thus far, including the $75 starter pack, ranges between $158 and $163, depending on if you find Rattle Shake and Magna Charge for the joint price or not.  You could do a lot worse, and unfortunately the average cost of a new Skylander is on the rise.

So what about the stealth swap ability?

Just like downloadable content and add-on packs for the Call of Duty franchise, Activision staggers the release of new toys throughout the months after the launch of a new Skylanders game. Eventually, 32 new to the series toys will hit the shelves, 16 of which have swap abilities (2 for each type).

You still need one more Swap Force figure that has the stealth ability, and your options are Stink Bomb and Trap Shadow. While I haven’t found early auctions/listings for either character, process of elimination leads me to think that Stink Bomb will be the first stealth toy available as he’s a life Skylander — which is the only element not represented by one of the mix-and-match figurines thus far. 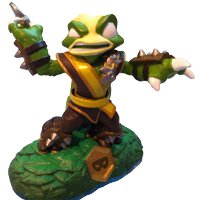 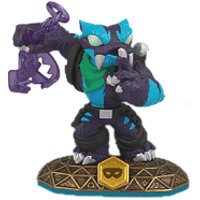 So after picking up a Giant and the last swap-ability toy, your Skylanders grand total should be around $180. That’s still nearly $200 dropped into one game, but a lot less than if you set out to buy every figure on the market right now. The characters I’ve listed in this article complete a full elemental set, meaning you can open all the elemental gates, activate all the swap abilities in the main campaign, and have plenty of heroes to choose from in boss fights.

Be sure to check out our review of the game if you haven’t already!