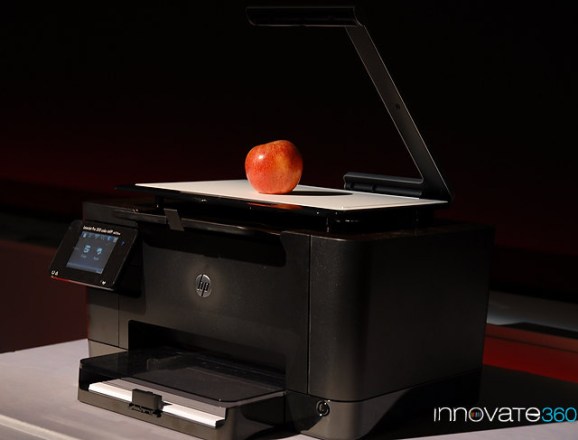 This might not surprise you, but one day, that first 3D printer you buy could be made by HP.

While the 3D printer market is growing fast, so far HP has said very little about it. At least until today. At an event in Bangkok, HP CEO Meg Whitman confirmed that HP plans to enter the market as soon as mid-2014, as the Register reports.

“We are excited about 3D printing. We want to lead this businesses. HP labs is looking at it,” she said.

The move is an obvious one for HP, which already has a legacy of making inkjet printers.

Missing from Whitman’s comments, however, was how HP planned to enter the 3D printer market, which is populated from top to bottom with low-end enthusiast printers, MakerBot Replicator-like consumer printers, and large-scale printers made by companies like Voxeljet.

In other words, even though 3D printing is in its infancy (as Whitman notes), it already has a lot of players — including publicly traded giants like 3D Systems and Stratasys.

One thing to keep in mind, though, is that HP has already entered the 3D printer market — albeit obliquely. Back in 2011, the company shipped the HP TopShot Laserjet printer (pictured above), which was unique among printers in that it was also able to scan 3D objects placed on top of it.

Considering how deeply tied 3D printing and 3D scanning are, it’s clear that HP has been thinking about both markets for a while already. Now, it’s on the verge of taking the next big step.